I have received a nomination from Cyranny (forgive me, I don’t know if that’s your real name), the creator of Cyranny’s Cove for THE MYSTERY BLOGGER AWARD, as you can see from the fabulous post below: 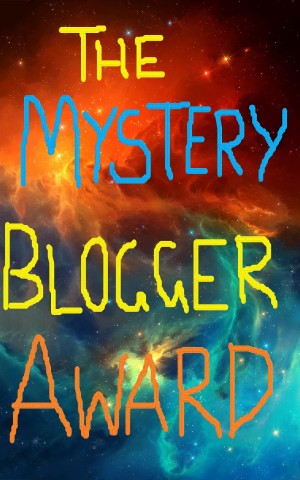 What do you want to know??? I am running out of new things I can tell you because I have done so many of these award posts.

I think that going out to Australia has helped me to break my addiction to mayonnaise. I was in the very bad habit of adding it to almost every meal at home. But I have not had any mayonnaise for two months now – which is great! Well, maybe not so great for Hellmanns.

My dream is to build a boat (with the man I love) and sail around the world as slowly as possible – immersing ourselves in the local communities wherever we travel, making friends (members of our wonderful human family) and exploring their cuisine, music, culture.

I don’t like living alone. I grew up in a large family (I am one of seven children). I lived on my own for two years in Berkshire and I have lived on my own here for two and a half years. Too long. I thrive with people around me. Living alone is not something I enjoy. However, when I hear of the stories and situations some of my friends and colleagues have with strange  or difficult housemates, I try to remember that if I was living with the wrong people, I may really struggle.

What is the weirdest thing that has happened to you?

The weirdest thing? Oooooh. Lots of weird things have happened. Most seemed weird at the time, but were less weird when someone explained their actions.

The first one is this: I SHARED A TAXI WITH A UNICORN – from Bath (near Bristol) all the way to London, after our train was cancelled. Neither the unicorn or myself paid the fare. It was all covered by the rail company. And…the unicorn and I had a conversation in Chinese Mandarin. Now please do not roll your eyes at me. I answered the question didn’t I!

The second weird thing is as follows:

Some years ago I was in Monte Carlo.  I was visiting the palace and ended up straying from the group of tourists I was with and wandering into an area where I was presented with a glass of champagne. Friendly old me started chatting with a couple of people around my age.  After a while, I decided to leave the group and go and find where my mum had disappeared to.

What is your biggest accomplishment?

I was one of a very small number of women to be assigned as a full-time international volunteer. They say it’s tougher than joining the marines. 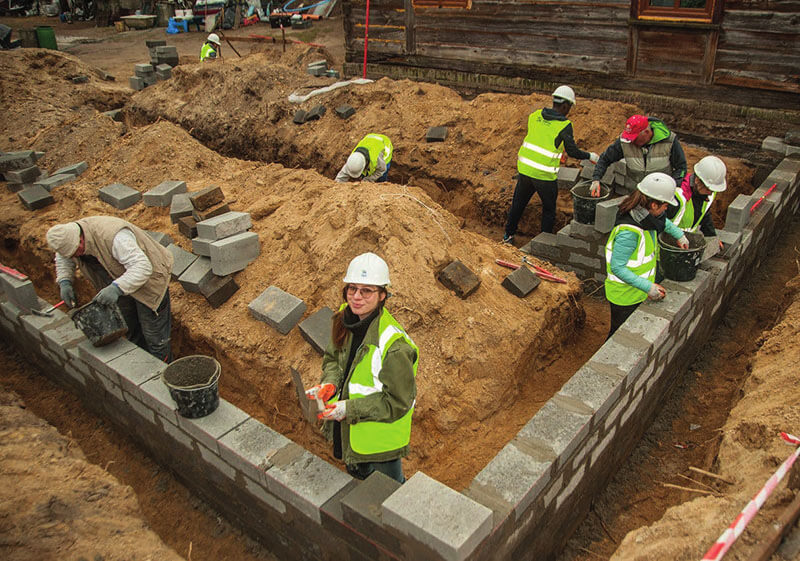 I longed to become a full-time international volunteer. I had met many who were. But I was given a very realistic description of the challenges that are involved in that role. The accommodation is very basic and modest – well small, very small. There is a a strict schedule and volunteers are often required to work “over-time”. There can be challenges when sharing kitchen and bathroom areas with other volunteers who come from different backgrounds and cultures. The physical demands and difficulties in the various challenging assignments can be exhausting. And for everything you do you receive food and lodgings but no wages. I am pretty sure the marines are paid some kind of salary.

For many reasons, the number of single men vastly outweighs the number of single women. There are many many part-time roles for women, but the role of a full-time international volunteer is so tough, that it is normally only men who are invited to take up this role. The physical, emotional, mental tests they put you under are designed to reveal if you really can take on a self-sacrificing role and if you really can be sent anywhere in the world and adapt to any way of living. Many men cannot hack it. Yet in general, they are more likely to endure and remain in this role for longer.

It was astonishing when I finally was invited after almost fourteen years of giving on average twenty hours every week to voluntary projects all over the country.

What are you most proud of?

I am proud of all the time I have spent as a volunteer. I am proud I have had the chance to work with some amazing people. I am proud of the projects I have been part of. I am proud that I have not been paid any money for any of that work, and yet it was more important than any paid employment. I feel as if I have really lived.

(Weird/funny)  If you were to be arrested, what would it be for?

Well…I hope it would be a wonderful thing.

I have read about people who were imprisoned, not due to to some immoral heinous act, but because they could not go along with what they knew was wrong. I have read the stories of others who were executed for their courageous stand for right. Their conscience objected to something a government required. I have met German conscientious objectors who refused to perform the Nazi salute (that infamous expression “heil Hitler” became mandatory for German citizens when he was in power). They were in their eighties mostly when I met them, but they had they had that sparkle in their eye that comes with a clean conscience.

I am really in awe of those who are not swept up in the heat of propaganda, not easily swayed by popular opinion. Those who have their eyes fixed on what is right and true and will not compromise their integrity. Quiet, peaceful, ordinary people made into superheros by remarkable courage. 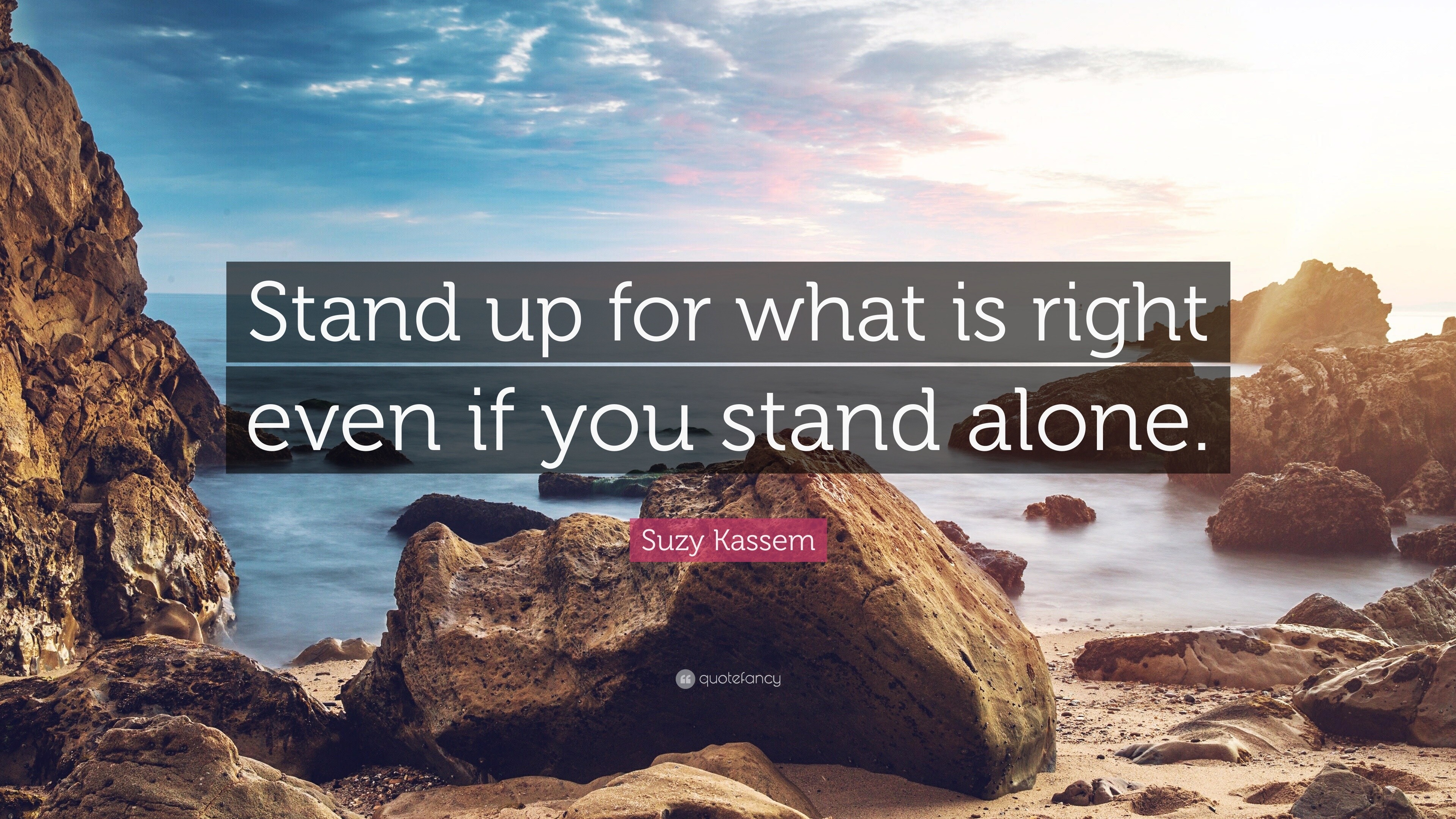 Yes they may have been afraid. They may have been scorned or punished by others. But they knew there are some things more important than fear. I am so impressed by those who have immense conviction and quietly and respectfully hold their ground on matters which put their beliefs to the test.

I hope that if I am ever confronted with a situation like that, I have the courage to refuse to do what I know is wrong, even when threatened with arrest and imprisonment (or worse.)

(Shameless self-promotion)  Would you like to be featured as part of my Saturday Shout Out series?

Marie – Along the Way

Sarah Salway – Writer In The Garden