The latter half of this part of Annabelle Riley’s story might be familiar to you. I used a  fantastic photo prompt from Kristian to write a post about Annabelle’s story a couple of weeks ago, but at the time I was jumping ahead with the story.

Everyday, Robin and Annabelle would speak on the phone. Because of the time difference between between Wisconsin and Geneva, it was normally the evening for Robin when he called Annabelle, who was usually having breakfast before she went to do some work ironing or cleaning for some of her clients in Blackwood. 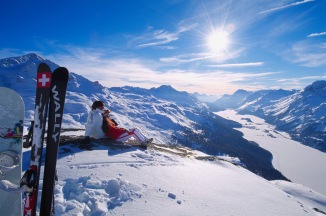 Annabelle loved those conversations. Robin would tell her stories about what was going on in the hotel, they were busy preparing for the holidays and the ski season to follow. He had agreed to work every day during Christmas and New Years. Annabelle expressed concern that Robin wasn’t going to have a proper break. He explained that the overtime rate was great, and pointed out that he would hardly want to be spending the holidays with the family of his ex-wife Claudia. He suggested that Annabelle could visit mid-January nd told her she would love the snow on the mountains. Although the ski season would be busy, he would be able to take some leave after working extra over Christmas and New Years.

Robin would regularly ask Annabelle about her CBT sessions. She was usually awkward in her response to his questions. One day Robin asked if she talked about Lucy to the therapist, which Annabelle became very provoked by. Robin had to pacify her by advising her not to underestimate the effect of grief. Although Annabelle was not aware, Robin had also called Chris a couple of times to thank him for driving Annabelle to Tayford once a week, and to ask Chris how he thought Annabelle was coping with her therapy.

Six weeks after Annabelle had begun counselling, Chris was driving her back from Tayford. Annabelle had already grumbled about the therapist who she still didn’t seem to have warmed to, but then she mentioned that she wanted to write to the man she had been in a relationship with for several years before meeting Robin. Chris was trying to keep his focus on the road but he was distracted by the alarm he felt over this decision and had questions racing through his mind about why Annabelle would want to do that. He suggested they drive down to the lake just south of Martindale before heading back to Blackwood.

As soon as Chris stopped his truck he turned to Annabelle, “I was told that this guy hurt you. Why do you feel like you want to make contact with him now?”

“Who told you that? Was it Gina? asked Annabelle. 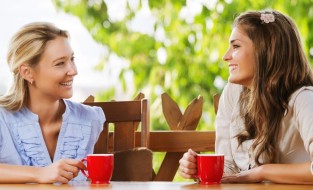 “Gina? No, it was Pearl. Did you tell my sister about this guy?” asked Chris in surprise.

“I mentioned him.” Annabelle’s face reddened.

“She didn’t say anything about that to me.”

“I haven’t told Burt and Pearl a lot about him. I couldn’t really without concerning them. But Gina was so kind when she came over, I found it very easy to talk to her.”

“Indeed, you have a great sister. I am envious.”

Chris’ fingers brushed over the back of Annabelle’s hand which was wrapped around her seat, “So tell me, why now? Is it really going to help?”

“I think that to go forward, I need to go back a little. Dean always used to say to me that there is no going back, you can only go forward. But I can’t go forward Chris, not until I go back and clear up a few things. Dean is someone I owe a lot to. I think I owe him some explaining, some apologising.”

“Annie, this isn’t you going overboard with guilt again – is it?”

“These CBT appointments are giving me a lot to think about. I feel as if there are a lot of things I have said and done that I ought to feel bad about. I want to do what I can to fix them.” 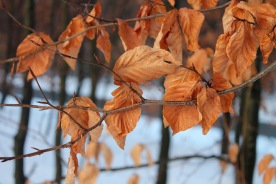 Chris heaved a sigh and tapped his hands on the steering wheel. “Annabelle, we all make mistakes. You can’t undo all of them. Look at all those millions of leaves out there. You can’t go chasing after every single leaf to clear this place up. It’s impossible. All of us have said probably a million things that maybe we shouldn’t have. We would go crazy if we tried to undo everything we think we said wrong.”

“At the moment Chris, there are lots of little explosions going on in my head. I am realizing things that I have not been aware of before. Some of these things I can just accept as a lesson learnt. But other things make me feel a sense of responsibility that what I did has had a big effect on someone else’s life. I have been talking to Robin about some of that. But the other person who I keep on thinking about is Dean.”

“Ok, so you’re going to write to him to get everything off your chest.” 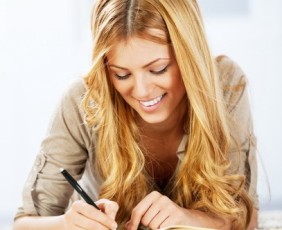 Chris shook his head in disbelief, “You’re funny – do you know that?”

“What? What’s wrong with that?”

“You actually want to go and see your ex. Some guy who badly hurt you. Is Robin ok with that?”

“Robin knows that I have a lot of regrets about what happened with Dean and me. I haven’t mentioned it to him yet, but I do think he will understand.”

“So are you going back to New York? Is that where Dean lives?”

Annabelle was clearly very hesitant to answer, “Dean has a place on the west coast. But he travels a lot, for work, so I am going to ask him where is best for him to meet?”

“And do you think he will agree to meeting you? What makes you think he is going to want to rake up the past with you?”

Annabelle shrugged her shoulders, “Well, I’ll have to wait and see.” 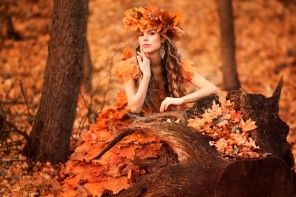 “Annie, I am going to support you whatever you decide to do. I really want to help you get through this. But everything you have ever said or done, even your mistakes, it’s all part of you. It’s made you the person you are today. Look at all those million of leaves out there. Why would you want to change that? You might see a single leaf and think it’s all crumpled and discoloured. But together they make something beautiful. Don’t forget that, whatever you have done in the past, it’s all helped to make a beautiful person who we love. Robin loves you, Burt and Pearl love you, most of Blackwood love you and I love you – mistakes and all. We love you the way you are.”

“I was thinking of James Blunt actually. Come on, I need to stretch my legs, let’s go and kick some leaves.” Chris and Annabelle both climbed out of the truck and started walking down towards the lake in front of them.

“Ha ha, my mistake! Let’s add that one to the pile of crumpled leaves hey.” 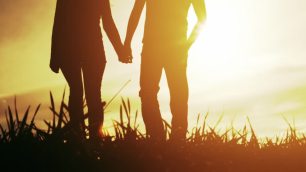 “Something else to love about Annabelle Riley – terrible knowledge of music.” Chris grabbed hold of Annabelle’s hand and squeezed it in his.

“Well, now that you say that…” Annabelle paused.

“What? Are you going to claim you are an expert on music?”

“Christopher Ward, there is a lot you don’t know about me.”