Will Annabelle keep her promise to Robin and go back to attend her Doctor’s appointment. What will be the outcome?

Annabelle did attend the Doctor’s appointment that had been arranged for her. This time there was nobody with her to start explaining to the Doctor. She stammered and struggled to express herself. Her eyebrows knotting in apologetic expressions. She wrung her hands and tried to stop her legs from shaking. Her stomach churned throughout the appointment. 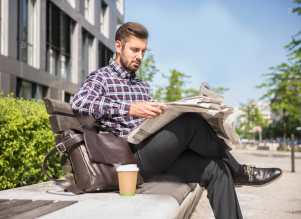 And two weeks later she had an almost an identical experience at her first  one-to-one counselling or CBT session. Chris offered to drive Annabelle up to Tayford, a larger town. Annabelle had made it clear that she did not want to see a therapist in Blackwood itself. Chris was pleased to help her get over to Tayford. While Annabelle was attending her appointment, he looked around at the shops. After buying a coffee and a music magazine he walked down towards the park where there was a boating lake. As soon as it had been an hour since Annabelle had disappeared from him, he made sure he was back at his car, where they had arranged to meet.

As soon as he saw Annabelle, Chris asked her, “How did it go?”

Annabelle rolled her eyes, “I learnt that fear leads to anger, anger leads to the dark side.”

“Well, there you go, you are almost a jedi.” 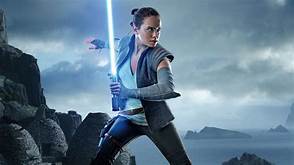 “Well, I don’t know about that. When the guy asked me what I want to achieve during my CBT, I asked him if I get a light saber when I graduate and he said no. I almost walked out then and there.”

“If you stick with it, I will buy you a light saber, and maybe I will throw in one of those little outfits Leah wore in Return of The Jedi.”

“Forget the Star Wars lingerie. Do you have any idea just how disappointed I will be if you buy me a toy light saber?”

“A real light saber hey? You don’t ask much do you?” laughed Chris.

Annabelle shook her head and smiled. “Ooooh is that my belly. That noise was like thunder.”

“It sounded more like an animal dying a slow painful death. Hungry hey? Let’s get some food in that tummy. My treat.” 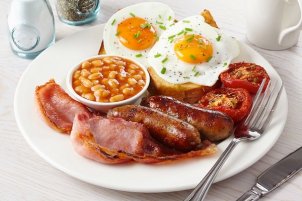 After a full English breakfast, Annabelle sat back and put her hands on the front of her stomach. “Aaaah – I don’t think I will ever eat again.”

Chris was still carving up bacon and smearing butter on toast, “You wolfed that down! Haven’t you eaten all week?”

“Here is something I know about myself and I don’t need a counsellor to help me figure out. I eat quickly when I am nervous or stressed.”

“You’re not nervous now are you?” queried Chris.

“Stressed Chris, really really wound up. My head is really raw and my shoulders are so tense they feel as if they are touching my ears.” 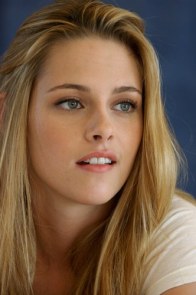 “The guy doesn’t like me. He kept on looking me as if I was nuts. He didn’t laugh at any of my jokes. And because I couldn’t answer most of his questions, he seemed to think I wasn’t going to put any effort in, so he kept saying that I’m only going to get out what I put in. I felt like I flunked a class where I was supposed to be expert because the subject was me!”

“Ok rewind – what happened? Don’t tell me anything you don’t want to share.”

“He asked me what I wanted to achieve. I said “world peace”. He wasn’t impressed.”

Chris raised his left eyebrow, “Maybe he thought you weren’t taking it seriously. If you think it’s a joke, you’re not going to get anywhere.”

“Oh please don’t say that. He kept on saying to me “Annabelle, you are the one in the driving seat”. I was becoming so exasperated. I told him I haven’t been allowed to drive since I I received major trauma to my head in a car accident. He just blanked me. He said I understood his meaning perfectly well.”

“Did you get anything out of today?” Chris looked puzzled at Annabelle’s disappointment.

“Annie – it’s worth sticking with it, you will get there.” 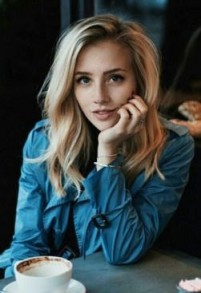 “No, Chris, what I mean is that “I don’t know” is what I got out of it today. He asked me a heap of questions. I think he was trying to get me to think about why I started self-harming, why it’s gone on so long, what feelings I have before, what triggers it, how do I feel afterwards, some of those questions I could answer, and for others all I could say is “I don’t know”, but we agreed in the end to end today on that note. There is a lot about me, a lot of things I have done or not done and I don’t know why, I have no explanation. I am not used to thinking about things. I am not used to talking things through. I haven’t ever turned to anyone for help with making decisions. I have been a more follow my feelings kind of person – a bit impulsive perhaps, I don’t really know. He also reckons that the effect of the head injuries I had may make this a little bit more challenging for me, we don’t know. He just said it’s worth bearing it in mind.”

“So it wasn’t really that awful was it?” grinned Chris.

“It’s hard work. I feel as if he knows the answers, but how can he when I don’t know them? He keeps re-phrasing his questions, or repeating things I’ve said back to me or coming at it from a different angle. It almost feels as if he is a prosecution attorney.” 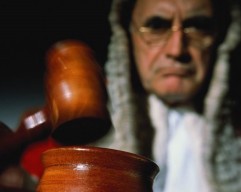 “No, but he does look a bit like he is judging me. His face is so still and expressionless. I just keep waiting for him to pronounce sentence.”

“The last thing he will be doing is judging you Annie. He just wants to help you find some answers, so that you can get control of this.”

“The thing is Chris, I realized half way through that I do not have a real sob story to give to this guy. I haven’t had a terrible life. I wasn’t bullied at school. I wasn’t abused as a child – I don’t have any kind of legitimate excuse. Which makes me feel terrible. There are people who have had terrible things happen to them. I haven’t.”

“Please don’t think I am being harsh, but you are the sob story. It is tragic Annie, truly, that a beautiful young woman would want to hurt herself. This is why they will be eager to support you and help you now, you can talk or think about your childhood as much as it helps the person you are today. You don’t have to have had some awful event in your past, it can just be lots of small things that have added up and shaped the way you think or feel.”

“Hmm. I don’t know. There I go again. I really don’t know! Aaaagh!” Annabelle folded her arms on the table and then rested her head onto her arms.

“I think this therapist deserves a pay-rise, I can tell you are not going to make this easy for him. And more importantly, you are not making it easy for yourself.”

“Thanks.” Annabelle shrugged her shoulders and rolled her eyes. 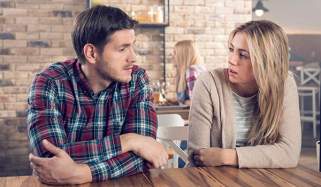 “Look when I had counselling, there was no huge revelation for me, no major discoveries from my past. But it did help me to recognise some of the ways I felt disappointed, let-down, lost and as if everything was pretty pointless. For me it was just lots of small things that built up and intensified. I don’t have a huge sob story. But the feelings I had were very powerful. They were becoming a danger to me. That was what made it important for me to get help.”

“But you didn’t self-harm.”

“Alcohol abuse is a kind of self-harm. And, there were things that went through my head a lot, I didn’t act on my thoughts thank goodness, but in my head I wanted to do myself a great deal of harm. Admitting that to Gina and agreeing to go to a Doctor was a huge step for me.” 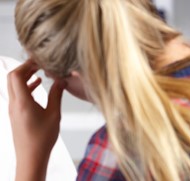 Annabelle was quiet. “I’m sorry Chris. I am not trying to be difficult. I did find today difficult and I am dreading having to go back next week.”

“You will be one week closer to your light saber.”

“Do you know what I am really hoping to achieve?”

“Attagirl, there you go – that’s something. Write that down, and next week, less “I don’t know-ing and more of that.”

“Thank you Dr Chris. Come on let’s get back to Blackwood.”