These are previous posts in Annabelle’s story:

Do You Think He Is Coming Back?

We Need To Talk

We Hide What We Hate About Ourselves

Annabelle had settled in her heart that she needed Robin to go back to Switzerland at the end of the week. She needed time to think about her feelings. After that, they would see. She would call and write, hopefully go out to visit him, and time would tell if they could feel close again. That’s what she wanted really. It would take time though. Right now, it was hard to contemplate feeling close to him. She kept on telling herself something that Dean used to say to her, “some wounds fade quickly, others take a long time to heal, but there are other wounds that never go and the pain is always there”.

Right now she was distraught and disgusted by what Robin had told her. She didn’t want him to touch her. Now all she wanted was to get this week out of the way and then to be alone to think clearly without him. But she knew it had been very difficult for Robin to come and tell her face to face. She didn’t want to make the rest of the week harder for him. 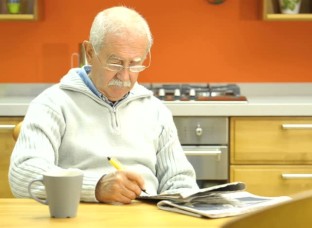 “Burt, Annie and Robin are here, I’m putting the kettle on.” called Pearl.

“Oh the lovebirds are back are they! Good, I need some help finishing this crossword.”

“Still at it dear? I’m sure they will help.”

As Robin and Annnbelle entered the room, Burt called out, “Canterbury Tales writer.”

“It fits.” Burt scribbled down the letters before continuing, “Right, what about this one: the Red Eminence?”

Annabelle and Robin both looked blank for a moment. They sat down either side of Burt. Robin finally remarked “Wasn’t that what they called Cardinal Richelieu?” 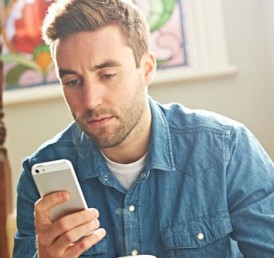 “Nine letters Robin, does that fit?”

Robin pulled out his phone, “let me check the spelling of Richelieu, yeah it fits, here you go Burt.” Robin held up his phone for Burt to copy down the letters.

“He’s a smart young man this one Pearl” Burt announced as Pearl brought in a tray with tea.”

“That goes without question Burt. He chose to court Annie.” smiled Pearl.

“Robin is very smart. He’s my arch enemy when it comes to Trivial Pursuit, he always tops me on geography, science and history. But I have entertainment and sports covered.” Annabelle told them. 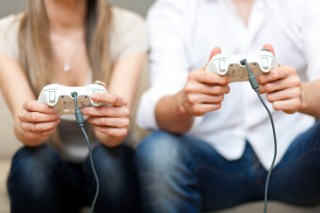 “She’s the one to beat with Super Mario Cart though.” laughed Robin.

“Super who? What was that?” questioned Burt.

“She has very quick reactions in computer games Burt. Especially with racing games. Noone can get near her top scores on the leader board.”

“Annabelle always helps us with the computer. She’s very clever with it. What about you dear, do you work with computers?” Pearl turned to Robin.

“A little. I’m working in hotel management at the moment. It’s much less of a desk job than I’m used to. There’s a lot more running around and making calls. I used to be a number cruncher though.”

“Was that what you were doing in New York when you met Annie?”

“And you two met at a party.” asked Pearl. “Annie said you were wearing a tuxedo when she first me you and you looked very handsome.” 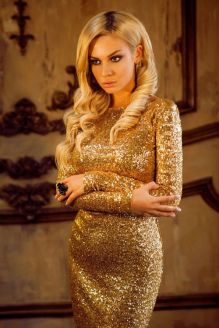 Robin grinned and looked across at Annabelle who was smiling to herself, “It nearly went wrong in the first two minutes didn’t it Belle?”

Annabelle rolled her eyes, “I thought he was criticising my dress.”

“I told her it was fashionable to show a bit more flesh. She was wearing a long dress that came right up to her neck and covered her arms. She was still the most stunning woman in the room. I was trying to flirt but it all came out badly and she looked pretty annoyed with me.”

“You were very direct.” stated Annabelle.

“You didn’t like it, did you honey?” Robin winked.

“I thought you were telling me I looked strange. You made me so self-conscious. People were all looking over and I thought it was because nobody liked my dress.”

“People were looking over because she looked incredible, but she looked so uncomfortable after what I had said. So I asked what she thought of my tie.”

“That’s exactly what she said, “it’s black”, so I told her she needed to look more closely. So she came forward and took the tie into her hands and flipped it over to look at the care label and she read that it was silk and it was delicate dry-clean only.”

Annabelle continued, “He told me not to make a judgement on first impressions, but to give someone a chance by getting to know them. He said, “now you know my tie better, maybe you’d like to know me better.” So I asked him if that was his chat-up line.”

Robin pulled a face as if he was cringing and held his hand to her forehead, “I could tell by Annabelle’s face that she was not impressed. I told her I was winging it, and that as soon as I had seen her I knew I wanted to talk to her but had no idea what to say, so I ended saying something stupid about her dress. But I really wanted to start over. She said to me, “no regrets – you can’t go back, you can only go forward.”

Turning to face Burt and Pearl, Annabelle told them, “And Robin’s answer was, that if going forward meant I would agree to go back to his place with him, then he would have no regrets.”

“He was very direct wasn’t he? That’s what I fell in love with. I told him that he’d ruined the party for me by making me worry about my dress, so he owed it to me to make the rest of the evening more fun, and he kept his promise.”

“I took her back to my place and that was the first night she beat me at Super Mario Cart, the first of many nights. I’ve only ever beaten her once.”

“That was only because he was tickling me. If you cheat and win it doesn’t count.” laughed Annabelle.

“Four years later and she hasn’t forgiven me for cheating.” said Robin, “I don’t think she ever will.”

“Well at least it was just a game, so long as it doesn’t happen in real life you’re alright.” declared Pearl.

“Hush! He lets me win because he loves me. Besides, it’s the not cheating in real life that matters most.”

“Ay, you are right there. Do you know, when you find someone you love and trust, you never let go of them.” Burt said emphatically.

Robin and Annabelle had both become quiet and they seemed to looking intently into the tea-cups they held.

“Now you must try a slice of the fruit cake that Burt made!”

“Burt made it?” asked Annie.

“I only did the mixing, Pearl’s arthritis was making her wrist hurt, so I took over with the mixing. She did everything else.”

The rest of the afternoon passed pleasantly with Burt and Pearl relating accounts of their own over the years. Holidays together, times when one or the other had been ill, and all sorts of stories about their nephews and nieces. Perhaps there was no deliberate thought on their part, but Annabelle lost count of how many times one of them mentioned the importance of having each other, their constant love and support and trust for each other. Burt told them that he still felt that after over forty years of marriage Pearl was his best friend. Pearl said that a successful marriage is made of two good forgivers. And they kept on talking about honesty and trust. They were so pleasant and cheerful as they spoke, but Annabelle felt her head becoming heavy and foggy.

When Burt had excused himself to make a phone-call and Pearl had wandered through to the kitchen to make a fresh pot of tea, Robin invited Annabelle to sit nearer to him. 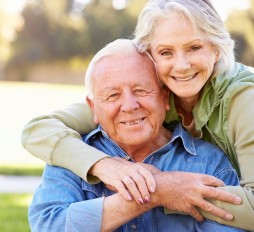 “They are gorgeous aren’t they? I can see why you are so happy here.”

“Yes, so different from my parents. I wish, well, I shouldn’t say it, but I wish Burt and Pearl were my parents.”

“I’m not going to argue with you over that. But then your parents do have a contract out on me – dead, not alive, I believe.” Robin tried to fix eye-contact with Annabelle but she still wouldn’t return his gaze, “Are you alright? I mean, I know that’s a stupid question, but I can’t stop worrying about you.”

“I’m holding it together Rob. You don’t need to worry.”

After they had sat together quietly for a couple of minutes, Robin whispered to Annabelle the lines of a song, “Do you remember the first time? I can’t remember a worse time.”

“Despite what you might think, by that point you could have said anything you wanted. It didn’t matter anymore.”

“I was so nervous Belle.”

Neither of them said anything more, but as Annabelle lent her head onto Robin’s shoulder, both of them remembered how after playing Super Mario Cart until around two o c’clock in the morning the night they had met, Belle had stood up and said she should go home. Robin had stood behind her and kissed the back of her neck and said he didn’t want her to go home yet. He had started to unzip the back of her dress. Annabelle had turned around and observed that he hadn’t even kissed her yet. Robin had told her he was scared to. Annabelle had pulled a face and remarked that he wasn’t scared to remove her dress. He had replied that he was looking for the care label on her dress.

He took her dress right off, and without looking at Annabelle, he had searched the lining of her dress until he found a little black garment care label stitched into the seam. He had pretended to read the label but his words had were “absolutely priceless, treat with care and love, in a league of her own, don’t mess this up because you are never going to find a woman like this one.” Annabelle had been standing in her underwear hiding her arms behind her back. Robin carefully laid her dress over the side of the sofa, before he stepped forward and put his hand on her waist and had kissed her gently.

During that night, he had studied every part of her body. He had noticed some bruises. She had made up a story about falling which he didn’t seem to question. Did he ever think back later to the bruises he’d seen that first night? The first time is always pretty awkward. Later you can regret your choice of words that first night together. But it truly had not mattered to Annabelle. That night had been so special to her. Here was a man who seemed so completely different to Dean. No regrets, she would never go back, she could only go forward now, and from that night, she needed Robin.

93 thoughts on “Wounds That Don’t Heal”