After a few lovely days in Wales, I am back in London and looking forward to a jam-packed weekend ahead. I was feeling a bit concerned that summer had skipped England this year. But now it looks like we might have a bit more sunshine coming our way.

In the meantime, the SHARE -YOUR-WORLD questions from Melanie, creator of sparksfromacombustiblemind, always brighten my day:

How do you feel about putting pineapple on pizza? 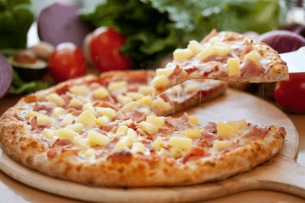 I don’t really have any feelings about it as such. But as far as I can see, the only reason you would put something so sweet on a pizza was if there was something salty to contrast it. Ham and pineapple sounds like a reasonable combination. However, I have been vegetarian since I was six years old. I don’t think pineapple would ever be a balanced flavour to add to a vegetarian pizza.

I think there are much weirder foods than pineapple on pizza.

Toilet paper, over or under?

Google “toilet roll origami” and prepare to be amazed! I love house-keeping!!!

I should better be careful about how I answer this one since some of my colleagues are aware of this blog. They might not ever look at it, but still. 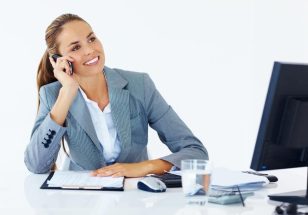 The only thing that comes to mind is how we deal with cold callers. We receive a lot of telephone calls from random companies who don’t seem to have any real connection with the business I work for. Many times they ask questions such as the name of the owner of the company and the name of the manager and they ask for their personal mobile numbers. The unwritten rule I suppose is NOT TO GIVE OUT ALL THAT INFORMATION.

The problem is that some of them are persistent. I have the same guy call several times in a row asking the same questions. When I told him that he had already called earlier (that was the fourth time he had called me), he said “no, that wasn’t me, that was someone else”. Which just made me crack up laughing. Bless him!

What’s invisible but you wish people could see? 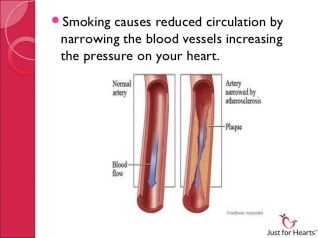 I have found myself becoming more and more upset by seeing people smoking, especially young people. Several time this year I have seen young women who were very pretty smoking, and for some reason I started crying. It was horrible to see them destroying their own bodies. It is making me feel physically sick to see what people do to themselves. How is it even legal to smoke? I am baffled. I do wonder if it would make any difference to them to see what it was doing to the inside of their bodies. But the warnings are on the packets. There must be other reasons why people would choose to do something so damaging to themselves.

What’s the most ridiculous fact you know?

I am going to have to think about this one. 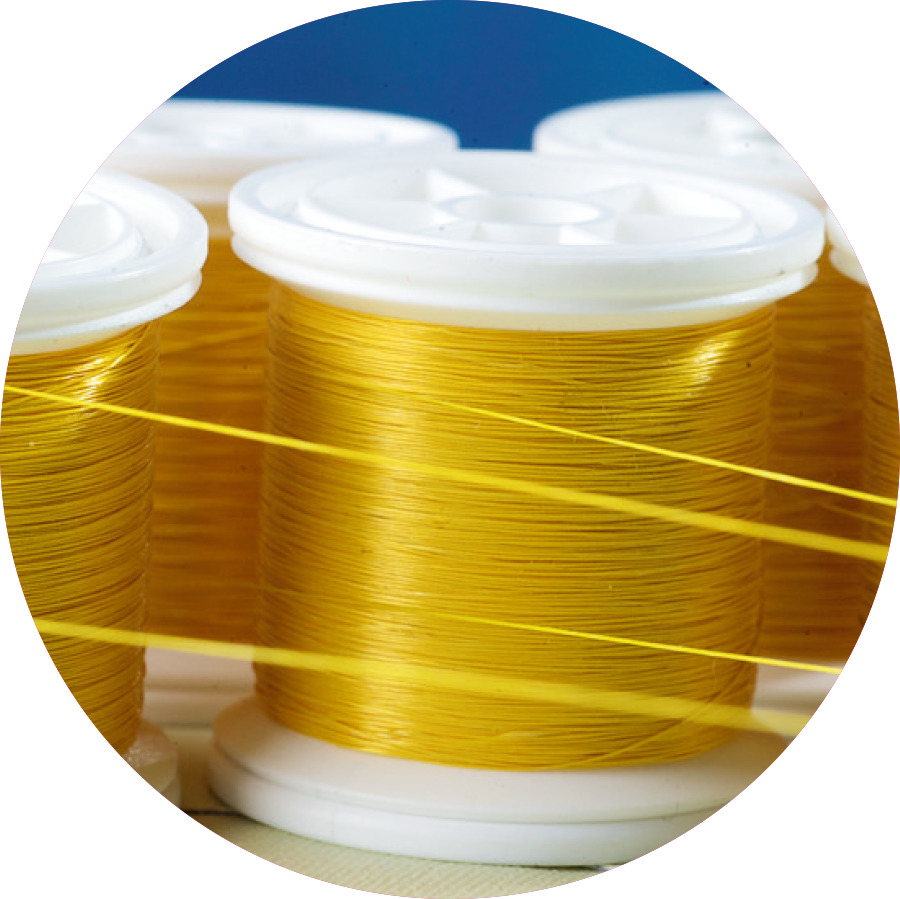 To be honest I am not sure what of the things I have learnt to assign as ridiculous. But sometimes what I read in physics books is mind-boggling! I have been reading more biology focused material recently (not my chosen field) and it never ceases to amaze me just how incredible “natural” products are compared to man made ones.

You may already know that Kevlar is a tough man-made fibre used in such items as bulletproof vests. To manufacture Kevlar, high temperatures and hazardous solvents are required.

Compare this product to a natural product. Orb-weaving spiders produce seven types of silk. The sturdiest, known as “dragline silk”, is lighter than cotton. However, ounce for ounce, it is stronger than steel and tougher than Kevlar. If enlarged to the size of a football field, a web of dragline silk 1 cm thick with strands 4 cm apart could stop a jumbo jet in flight! But none of the environmentally damaging by-products are involved in their manufacturing process. Spiders produce dragline silk at room temperature, using water as a solvent.

What’s the best type of cheese? 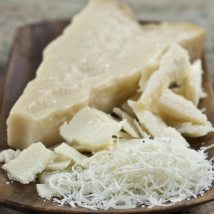 Regrettably, I am not very good with dairy. But I love cheese! Whenever I am invited to a cheese and wine evening, my heart sinks – because I would love nothing better, but it will make me suffer so much if I partake.

I love so many different types of cheese, but because the softer the cheese, the more it triggers an unpleasant reaction, I have grown fonder of harder cheeses with a stronger taste.

I am most likely to choose parmigiano reggiano because it has so much flavour and you only need a sprinkling to season a dish beautifully. I buy it to add to my home-made pesto. Or even better – pecorino!

I am not keen on fruity cheeses. And as I am still debating Melanie’s earlier question, I will admit one cheese that makes me feel quite ill is pineapple cheese.

I don’t really enjoy cranberry cheese or apricot cheese, which I often see at cheese and wine shindigs, but no, sorry, pineapple cheese is just wrong.

If you’d like, please share something positive, uplifting or funny from last week.   We can always use some more of those things! 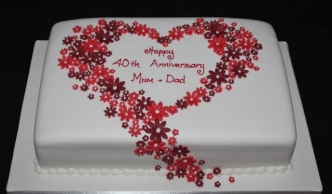 I am grateful that almost 40 years ago, a handsome young man who had given up gambling, went to the registry office with a slightly short-sighted, but beautiful lady with legs that go on for miles. My parents were married!

I am grateful that all these years later we have an amazing family! I am even grateful that there are no cakes big enough to make sure that the whole family have a slice.

What would be your solution to the over-population of the earth?   Earth has finite resources and humanity seems to be breeding themselves to extinction.   Some countries have tried restricting the number of children a couple or a person can have, with little success.  So what other viable options are there for reducing the number of people?

Well, I don’t want to be overly speculative about this question. I’ve been in Wales where I hardly saw anyone. There’s still quite a bit of space there.

I have asked something similar myself in the past and been surprised at some of the more hideous answers I received. In fact one man who wanted to date me (the feeling was not mutual) said to me that population control is why we need to have war. What an eeeeed-yat!

Others have suggested mass sterilisation, removing the ability to reproduce, or controlling it.  The mind just boggles as to how that would play out.

Somebody said to me once, when the car-park is full you need to find somewhere else to park your car. That didn’t totally answer the question for me though.

However they did say this, and I found it one of the more reasonable observations I have heard on this subject.

Firstly they made the comment that the scriptures show that our Creator gave the first humans a wonderful home and a thrilling assignment. They were to extend the borders of the paradise home they had been settled into, so that the whole earth was like that. They could not do that alone of course. Gradually their offspring would multiply and be able to help in taking care of the stunning home they had been given. Part of what our Creator asked them to do was to: 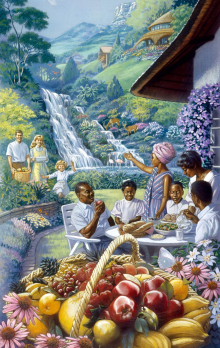 The scriptures also make very clear that our Creator has never abandoned His original purpose for the earth, for it to be full of a happy healthy human family who have cultivated and maintain a paradise. There are many beautiful prophecies which describe in detail how this will occur.

Only when this earth is a paradise and full of good people will we really face the question of what next? And, the truth is, that is totally up to Him. If He wants to trust humans with the chance to care for another planet and it’s creatures, that is our Creator’s choice. He has given humans the desire and ability to reproduce. Once His purpose for the earth is accomplished, would He remove the desire and or the ability? The scriptures don’t say anything about that. We don’t know what will happen.

However, we do know a lot about Him. He is a God of love, a God of purpose. We know He is just and wise and extremely powerful. He is patient and kind and has endured so much because he is fully confident that He will be able to heal mankind and our planet home. Time and time again he appeals through His word for us to trust Him.

“You open your hand and satisfy the desire of every living thing” – Psalm 145:16 Remember that back in the Garden of Eden, the creature who influenced the first two humans into rejecting our Creator’s rulership questioned His goodness. He didn’t question His power. He made them doubt that our Creator’s rule was loving.

I personally am not afraid of what will happen once this earth is a paradise and is full. I have no doubt that by that stage it will be clear that our Creator is worthy of our love and our trust, now and forever. 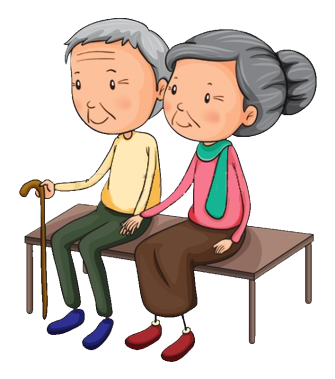 Aaaaaaah! One year of Goldfinch in my life! You may have noticed by my recent posts that I am thinking of him more than ever, always sentimental and gooey-eyed.

I feel as if he needs another five or ten years of freedom. Then when he has flown and fluttered around to the point that his wings are tired out…I would love to be there for him, to make him a comfortable nest and to keep it pristine.

I don’t think it’s going to happen…so much changes in five, ten years time. I am trying to be realistic. But I will say this, it is an absolutely wonderful feeling to have met someone and spent a year with someone who makes you feel you would love to grow old with them.