I have had quite a week let me tell you! Decisions decisions! All will be revealed at a later date. But let’s say I came back from Australia realizing a few things, including that I need to be in North Wales more often, and I also need to get back to Australia as soon as possible, but not in their summer – way too hot for me!

I did enjoy these light-hearted questions  that Melanie, the creator of  sparksfromacombustiblemind, gave us for this week’s SHARE-YOUR-WORLD:

Is it wrong to sell store-bought pastries at a bake sale?

Great question! We did a cake sale for charity. I baked a lot of cupcakes, as did another member of staff. Our manager who did not have time, nor baking experience spent a whole chunk of money on buying Minions cupcakes from the supermarket. But the rest of the team did not bother baking or contributing – although they did buy some cakes which is a good thing.

At the end of the day all the money raised went to charity, so who cares whether the cakes were home-made or shop bought?

Have you ever interacted with the police?

Oh yes! Me and the police go way back!

When I was a little girl we temporarily lost mum in the local shopping center. Mum, who was pushing baby Milly in the big Victorian pram, was a bit annoyed because Mandy and I were squabbling. When we looked around and she had disappeared I came to the conclusion that Mumma had abandoned us because we had been naughty. So I said to Mandy we should tell the police man standing a short distance away, which is exactly what I did. The policeman told us to stand next to him and asked what our mum looked like. Mum came rushing out of the bakery (she had gone into buy us a snack for the long walk home, as she always did) panicking when she realized we had not followed her in.

When I was a teenager the police came round to our house when someone broke into our shed and stole our bikes.

The father of one of my close friends was a policeman. Lovely chap. Scary stories (mostly told to us by his wife) but lovely man.

On Saturday 15th June 1996 I was knocked over by a policewoman when walking past Top Shop in the Arndale Shopping Center with my shopping bags. That was the day an IRA bomb exploded destroying the Manchester city center.

I worked as a steward at the Manchester Arena. Twice we had to evacuate the arena during events because of bomb scares. We worked alongside the police on both occasions.

In 2008 or 2009, I was driving along a road and a police car started to flash it’s lights and indicated to me to pull over. It was because the car I was driving had a faulty light at the back. I had not realized. When they asked if I was the owner and I explained that it belonged to my employer, but I was insured to drive the car, they checked my license and insurance. Right up until the moment they gave me the all clear and confirmed everything was fine, they were rather scary and unfriendly. It was not a nice experience at all.

After I was attacked, I had a lot of interaction with police…and even now I am still contacted occasionally with regards to what happened that night. 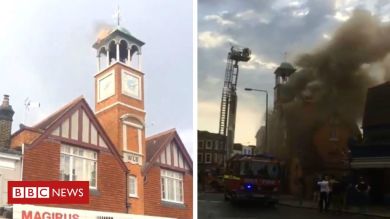 Last week I was at work when there was an enormous crash of thunder, the loudest I have ever heard. Shortly afterwards fire engines arrived and the police shut the main road off. It turned out lightning had struck the bell tower (it is all bent out of shape) and the roof was on fire. There is still debris all over the pavement outside. I offered to top up the water bottles for the police because it was a very hot day – the hottest recorded temperature in England actually.

What will you remember most about this past year (this question will show up again, in late December, just FYI)

I am sure I will remember my trip to Australia – it really has been the big event. It has meant so much to be with Goldfinch again. I have come back to England determined to try to get back to him as soon as I can afford it. And I would love more time to explore Adelaide and see the new friends I made.

The saddest event of course was losing my little apricot. This has been an event in my life that I am never going to forget. I think of her (and of course, I don’t know if my little apricot was a girl or a boy) pretty much every day, fast asleep in Snowdonia. It has been a big year really.

Is it better to have fungus on your toes, your tongue, or your pizza? 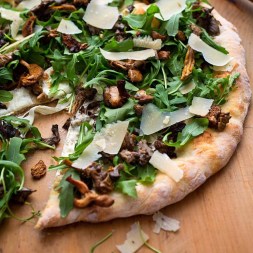 Surely the pizza??? I mean sometimes I even order in a pizzeria “pizza ai funghi” – mushroom pizza which is yummy.

I worked in pharmacy for some time, and fungus on any part of your body is not a good thing and can be difficult to get rid of.

Whereas, the aforementioned mushroom pizza – well I could demolish one of those quite easily.

What is one slang word that makes your skin crawl?

Ooooh, I am not sure. I hear all sorts of expressions which are diverse to say the least. I just like the flavour and personality they bring to the English language. I don’t like swear words.

There is one word that I try not to use, but I have failed to eradicate it from my vocabulary, particularly from my spoken language. My English teacher expressed her disdain for the word “got” or “get”. She said people use it unnecessarily in a lazy fashion. They are all a “cop-out” from using a variety of other words in your vocabulary.

For example she would tell us:

I remember her saying that those words, “got”, “get” and “getting” will be the death of the English language!