This is a post I wrote last summer, a few months before Goldfinch left to go to Australia:

I am in love with lovely Goldfinch. I may have mentioned it once or twice before.

I may also have mentioned that at the end of this year, Goldfinch will leave me. He will fly far far away. About as far away as it is possible to be from London. It is alright, from the moment I met him I knew that he was only in England on a temporary basis, for work. When I first met Goldfinch at the end of October 2017, I thought he would have already left England by now. I thought he would be leaving in the spring-time. I am delighted he has stayed longer. I am thrilled I have more time with him ahead. I  love him very much.

The agony of loving when you know you will lose someone.  But I am not the only one. People love and then lose frequently.  At least I have known from the moment I met him what was ahead.

During December 2017, Goldfinch flew to the opposite side of the planet to spend the holidays with his nearest and dearest.  Not before a perfect weekend with me. It was the fourth weekend we had been together in five weeks. Two up in the Midlands, two in London. I felt so much love erupt within me during the hours I spent with him prior his flight.  It snowed that weekend.  I remember going for a walk around the village and then ending up on the green (the green was white that day) and a lot of snowball throwing.  I ran through the snow because he was trying to put ice down my…

He was gorgeous that weekend.  Goldfinch holding my hand, Goldfinch loving my cooking, Goldfinch washing the dishes after we ate, Goldfinch calling me “beautiful” and “gorgeous”.

I travelled with him to Heathrow Terminal 2.  I don’t know if I was more a help or hindrance, however, he did not seem to mind.  I just wanted to cling to every moment I had with him before his absence of five whole weeks!  I remember sharing some mince pies with him.  I remember having a “thumb-war” with him.  I remember seeing him disappear through the barriers into the departure lounges and a great shot of pain gushing up into my heart.

I left Terminal 2 with tears streaming down my face.  However…

From that very moment the cogs in my pea-brained head began turning.  I was clutching at every word he had dropped about the day he was due back in England.  He had told me he would be away for five weeks.  He had mentioned he would not have time to visit me on his way back, because he landed in the afternoon and had to travel back to the town where he lives and works, so that he was back at his desk the next day.  I thought he said he landed on a Monday.  As soon as I reached home, I started to use that information to try to figure out the exact flight he would be returning to England on. I started to plan with that date in mind.

Those five weeks felt like forever.  Even though I had many happy occasions with friends and family during those weeks, I had this aching gnawing fondness for my new love that was intensifying as the weeks passed.  I was quite literally pining for him.  I wanted to drop hints in my e-mails hoping he would confirm the exact flight he would be travelling on when his five weeks vacation was over. 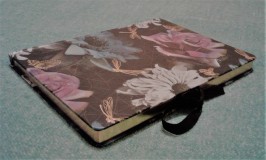 There was so much that I wanted to share with him!  So I kept a journal for him.  I knew he would want to spend “quality time” with his family and friends back home.  I did not want to encroach on that, but I wanted to involve him in every single day.  I knew we did not really know a lot about each other at that point.  There were so many questions I wanted to ask him.  (It is sometimes easier to mine copper than find out all you want to know about the man you love!)  I recorded in the journal all sorts about what was happening in my London life.  I also told him details about my family and friends.  I gave him an idea of what had led to my current temporary situation.

n the day I had calculated as his return…I had booked the afternoon off work.  I was so eager to be at the airport waiting for him to arrive.  I had made a sign.  I really should explain it…please don’t jump to any conclusions.  I had been teasing him.  I had given him a nick-name.  Yes, I know!  For the first few weeks I called him Goldfinger and not Goldfinch.  I was teasing him. There was a huge attraction on my part to him and he was being a typical man and emanating a bit of a mysteriousness.  It is so annoying you know!  You want to know everything about your new love.  You know there will be layers there you don’t really like.  But you accept that a grown man will have his regrets.  So when a man is cautious in what he reveals of himself, it can be a little frustrating.

I teased him…about the James Bondness of his behaviour.  He is not the only man I know who does that.  I kind of understand.  It is wise to be a bit coy and cautious when you meet someone totally new.  So for weeks I had called him Goldfinger in texts and e-mails and when I had seen him.

(Just a quick note:  I have never watched a James Bond film…he is exactly the type of man I would prefer to avoid like the plague!  I do not approve.  My Dad would be mortified to think of any of his girls being seduced by a James Bond type of sleezoid.  But I do know some of the songs from Karaoke including the huge Shirley Bassey number.  It is rather annoying that such great numbers are associated with a womanising skunky pimple of a character – I know I will be offending all James Bond fans here – but you do see why I have a problem with men who flit from woman to woman more frequently than they change their socks???  This being the year of the woman and all, surely I am allowed to express my revulsion of this. )

So I stood there at Terminal 2 Arrivals with my sign.  I received quite a lot of attention.  People took photos of me holding it and asked who I was waiting for.  One group came over to me and said my sign was “way cool!”  I stood there holding the sign for two whole hours.

Two hours waiting for him to appear were harder to endure than his five weeks absence!  I certainly did start to wonder if I had got it very wrong.  Perhaps he was not going to be coming back at that time at all.  He could have changed his flight.  Anything could have happened.  Before my eyes, other families and lovers were re-united and I ached to see my Goldfinch again.  But he did not appear.  I started to feel like a bit of a wally in all honesty!  Slowly, discouragement and disappointment crept up into my heart.  I had obviously got it wrong.

But I was rooted to the spot…with my snazzy sign.  Suddenly, I felt a wave of determination wash over me.  I decided I would wait for the rest of the day.  If he had not walked through those doors by 8pm, then I would head back to my little abode and admit defeat. 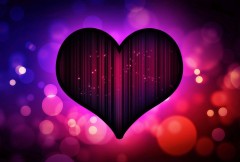 Then, almost as if it was a miracle…he was there…it was him…it was really truly him!!!  Almost immediately he saw me…and then he saw my sign!  Oh boy did I receive a gigantic bear hug from my lovely Goldfinch.  All the agony of waiting melted away….and now I felt as proud as Punch walking through the terminal hand in hand with the man I was in love with.  The reward of enormous satisfaction and celebration rippled through me and walked with an ecstatic spring in my step.

He was genuinely surprised!  That was not the only surprise I had in store for him that evening.  However, this post is already a bit too long isn’t it.  I don’t want to annoy you.

I will just share one more scene from later that evening.  Shortly before I let go of him so he could go back to his accommodation…he and I were dancing, you know slow-dancing, at a bus station in the middle of the city where he lives.  A man, a complete stranger walked past and remarked how wonderful it was to see a couple so in love.  I can’t speak for Goldfinch, because men despite being wonderful, always give the slight impression they are going to vanish in a James Bond style.  But as for me, I was so glad, so deeply grateful that those agonizing five weeks were over…I wanted to cling to my Goldfinch with all my might.

I ask you…if this was me back then when I had known Goldfinch for just a few weeks before he went on vacation for five weeks…how will it be when I have been in love with him for over a year and he is leaving permanently?

14 thoughts on “Flight Of The Goldfinch”