I remember my last moments with him so very well.

I arrived at the train station forty minutes before he was due to arrive. Crazy hey!! I just couldn’t wait! Of course those forty minutes lasted so long – it was an agony waiting for him. I still have text messages on my phone that I sent to him (34 minutes until you are here!…22 minutes left!…15 minutes now!…another 8 minutes!) while I waited in anticipation!

The staff at the station were chatting to me and telling me they would tell me if there were any changes in the expected platform his train was scheduled to arrive at. But I saw the train from afar and I ran down the ramp towards the platform so that I could find him sooner. I was sure I saw him disembark the train in the distance. I tried to surprise him by hiding behind a pillar. But he had seen me. He had a lot to carry and I think he wanted me to hurry up and make my way towards him so I could take one of his smaller bags while he struggled with his large suitcase (which turned out to weigh over 30kg!) 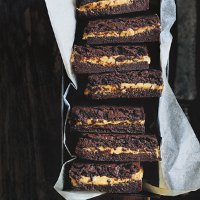 We then made our way across London, feasting on peanut butter brownies while we snuggled together on the night bus, on our way to my little nest, where we made love as soon as we arrived. It must have been that night…making love at three o’clock in the morning…

I remember everything that happened before he left. Everything said. I have been holding it all as sacred. It was very special. But over far too quickly for my liking.

The hours passed by so quickly. I was devastated when I realized it was time to make our journey to Heathrow Airport. I was so brave. I knew he did not want me to cry. I held the tears in, although I did tell him, that it was only for his sake. I told him that in reality I wanted to bawl and to throw myself on the floor and hold onto his legs so he couldn’t go.

I cried a lot when he had gone. I still allow myself regular tearful episodes, but we must not let Goldfinch know, because he would not want that.

I decided to read the goodbye letter I wrote to him. I think I mentioned a while ago that I had taken a photograph of it. Of course as I read it, the expected tears streamed down my face. But that is ok!!! Some days tears are wonderful…a miracle of relief!

It sometimes feels like watching a weepy movie I have seen many times before. Re-living all the wonder and the romance and then yet again experiencing the agony as you endure the tragic ending. Yet you love every moment, and although you could easily press fast-forward and skip the saddest parts – you need to watch them over again as they are an intrinsic part of the story.

I am happy though. I have some silly text messages and photos that bring back the short time I had with him before he left. I am so glad I had Goldfinch in my life. He is still in my life really – just as my favourite penpal now.

13 thoughts on “I Want To Save These Memories”