I am not sure where to begin with this post. Well…my train of thoughts began when I was queuing up to pay for my crispbreads and a bottle of chardonnay. I noticed that behind the counter were a row of large bottles of spirits – whisky, vodka, gin, vermouth. Their prices were reduced dramatically from around £29 to £16.

I commented to the cashier that they were large reductions, to which he asked me if I wanted to buy one. I said I didn’t want any, but I said that I wondered if they have been reduced because of the current state of politics, which the cashier and the man queuing behind me found amusing. 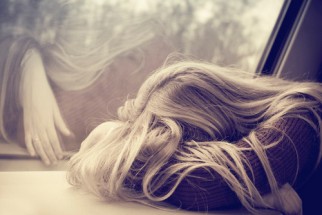 On the way home, I started thinking about some of the things that have already happened in 2019. It’s been quite eventful in ways. I found out something wonderful about six weeks after Goldfinch had left, and then five weeks later, I lost my little apricot sized bundle of joy. Now as a family we prepare for what is to come as our precious one is facing cancer. “Eventful” times – sigh. Feeling a little sad tonight. It will pass after a good night’s sleep. But for now, writing about it is helping.

I felt a little overwhelmed pondering all this, as I walked along the busy London high street not far from where I live. Then I remembered something. Today is the day that is marked in my diary with a heart.

The 4th April is circled because it was my first day as a full-time volunteer. I had applied to be one for ten years. And then at long last, I was there. It felt like a miracle. I was one of a handful of single women, out of 600 other full-time volunteers, based in England. One of around 100 single women out of 20,000 full-time international volunteers worldwide.

After one year as a full-time volunteer (on a trial basis) you find out if you will be accepted as a permanent one. So the following 4th April became a day for celebration.  We normally had a special lunch to celebrate with a group of close friends. Every diary I have had since then has had 4th April marked as a special day for me, the anniversary of my first day as a full-time international volunteer. 4th April always marked down in my diary as the best day of my life.

This evening, after a day at work, working for money, I felt so frustrated with the futility of my current situation. Money has its uses – it  allowed me to buy some food tonight and will buy me a flight to Australia to see Goldfinch. But it feels so empty. 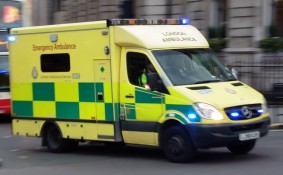 All the thousands and thousands of hours I have given to volunteering. At least 30,000 hours in 18 years. 30,000 hours, thousands of people who I have had the privilege of working with, who knows how many miles travelled? And because of what happened with Jack…I made a silly mistake and went to a park on my own late at night, and after being the victim to a serious crime woke up in an ambulance.

I miss my life so much. My chosen career, my world, my home. I am safe here, but I do not belong here. I live in an area with people who have a vast amount more money than integrity. I just found out that one of the big houses in our road has been bought by one of the biggest names in the British music industry. Oh dear me – another swanky pretentious neighbour. I should not say that. I don’t know them myself. I just want to be back with hundreds of others who work full-time and do not earn a penny. That was pure happiness.

I am feeling a little dismal tonight. It’s my anniversary – but I am not feeling very celebratory. So forgive me if you don’t think I am being balanced. I just miss my life so much. I will go to sleep soon. Another 15 hour work day Friday and then I have the weekend ahead when I will be doing some voluntary work.

I am going to share another little memory with you. My Dad had a record player and a collection of records. However, the speakers did not work. You could listen to music using headphones, but the connection was dodgy, so you had to hold it in place while you listened to music. Dad wanted to share his music collection with me. So he would put the headphones on me and let me listen to his albums, while he held the connector in place.

He had a Barbara Dickson album. There were some great tracks including one that I fell in love with. It had such sad lyrics, but I loved it and I found from a young age I was walking around singing these mournful lyrics at the top of my voice. I was around the age of four or five and singing “don’t they know it’s the end of the world?”

I was delighted when a popular singer named Sonia released a cover of the song when I was still quite young. I thought I would include both versions below:

20 thoughts on “Happy Anniversary To Me”