Many of you know the challenges that the wonderful Rory aka A Guy Called Bloke creates. Last year Rory very kindly put together a challenge that suited me down to the ground! It has mostly cake related questions! Please free to have a go at using the questions in Rory’s wonderful challenge. 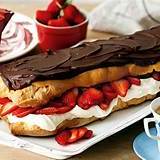 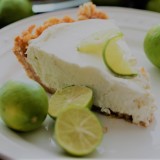 I am very grateful to Rory the creator of A Guy Called Bloke and K9 Doodlepip! who has very very kindly nominated me for a Friday Funday challenge that was much more my cup of tea than some of the others I was tagged in.  Well…I perhaps I should say it was just my slice of cake?

aguycalledbloke, you probably already know has created some great blogging challenges and is a superb  and very kind man from everything I have seen and heard of him.

I am very proud to present my replies to the questions posed in his recent Friday Funday Challenge:

Friday Funday Challenge – Game On – You Name It! 3] Nominate three bloggers of your choice and notify them.

[Hint: delete three of the questions you don’t like or have no answer for and insert your own in its place]

[Unless you don’t wish to have your answered shared, l will reblog your answers]

Today, my questions to my 3 blogger’s are? 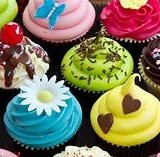 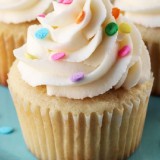 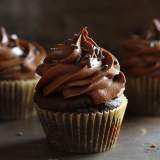 The possibilities are endless!

One of my early posts was about how inferior I feel compared to other women…it was based on a letter I wrote to Goldfinch fairly early on:

I Guess I Am Your Buttery Toasted Teacake

I am not allowed pets under my current tenancy agreement. But in the past, we had pets.

Several, mainly cats, but I used to look after our neighbours pets too while they went on holiday…the one I had the biggest soft-spot for though was the one that got away.  I found him in a pond…took him home.  He had other plans clearly…which was probably the best thing for him.  (I think it was a him).

I am talking about my pet frog.

Frogs are fascinating to me.  The variety of size and colour amongst frogs is incredible.  As soon as I learnt more about them at school I was delighted because the were amphibious…something that I wanted to be.

When I was at primary school a man used to come once or twice a year and share his slide show with the class.  I think his name was Mr Crabtree, but I might be totally mistaken.  The photographs were of his dives, mainly off the coast Scotland or Wales.  We saw seals, dolphins and whales as well as many other fish and coastal birds.

Mr Crabtree used to ask the class if we had any questions…some were a bit shy, so to help get the ball rolling my hand would shoot up, and I would ask the same question as I had the time before, and the time before that…”What is the biggest creature in the sea?”  Mr Crabtree would smile and tell me it was the blue whale.

Since I was five years old and first heard this wonderful information about the blue whale, I have been in awe…I can’t convey the excitement in my bones at the thought of being close to a blue whale.

I would love to spend years out on boats studying them.  I am pretty mesmerised by the idea.

4] What is the biggest audience you have ever faced? (school plays, karaoke, speeches or any other kind of situation where all eyes and ears were on view?)

Actually, I was on stage in front of an audience of 15,000 at an arena.  I have been in front of lots of smaller audiences – more around 1000.  But being at the arena was terrifying because of the way the sound system works.  It kind of echos around the speakers, so I could hear my own voice bouncing back at me…so strange.  You have to ignore what you can hear and carry on.

5] What is the alternative name to the film ‘Too Many Chefs?’

I have never heard of it…but Google says: Who Is Killing The Great Chefs Of Europe?

6] Do you have a favourite flower?

Uh….I would love to say daisies…like Meg Ryan’s character in “You’ve Got Mail”…yes I think they are the friendliest flower beyond doubt!

I used to have a massive thing for sunflowers – except that they can become such giant monstrosities can’t they! 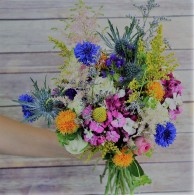 After reading “Villette” by Charlotte Bronte I went through a phase of claiming I would not want to receive flowers as a gift because Lucy Snowe said: “I like to see flowers growing, but when they are gathered, they cease to please. I look on them as things rootless and perishable; their likeness to life makes me sad. I never offer flowers to those I love; I never wish to receive them from hands dear to me.”

Then I realized I was being obnoxiously profound, and I should be heartily grateful for any flowers that came my way!  The most romantic and poetic choice for a bouquet has to be wildflowers.

I am not really allowed muffins on my strict new “ONCE ON THE LIPS FOREVER ON THE HIPS” food regime.  |But knowing me, if I was going to give into temptation it would not be for a skinny lemon and poppyseed muffin.  I am much more likely to break my diet with a full on calorific uber-delicious sweetest treat available.

It has to be a salted caramel surely.  I love variety and I try new flavours and love them, but goodness if you are going to have a muffin, it’s best to just get the stickiest, oooey goooeyest muffin on display is it not?

8] What’s the best cake you have ever baked? Why?

Oooooh…goodness, I have baked so many many cakes.  I know which are my own favourites, but what matters is how much others like them.

I remember making around one hundred white chocolate and hazelnut blondies and taking them down to a construction project.  Ooooey, goooey, nutty and sweet.  The volunteers loved them…they were the perfect boost for exhausted limbs.  I had requests for them for several years afterwards.

9] Where did the term ‘Royal Icing’ get its name from?

I don’t know to be honest, but this is what Google told me:

There is a myth that it was named royal after it gained widespread publicity when images of Victoria and Albert’s bride cake (wedding cake) were circulated, but this is untrue, not least because the real boost came when images of their eldest daughter’s wedding cake were published in papers such as the Illustrated London News (not founded until 1842), by which time the name had been in use for over 80 years.

I have no idea if this is true…only t’internet thinks so.

10] What is your favourite colour of the rainbow?

I love anything between green and blue.

Sky to sea to grassy meadow…aaaah!  Love this end of the spectrum.

11] If you were a Mr Men or Little Miss character which one would you be?

I guess it’s a natural part of me to try to brighten someone else’s day if I possibly can.

Yup…I just looked through the list of Little Miss characters…and it’s pretty certain, that’s what my friends would say.

12] Coffee and biscuits, tea and cake or beer and crisps?

I am going to admit…I happily could do any of these depending on the company I was with.

But if I was on my own it probably would be coffee and biscuits.  I discovered their delicious combination when I was about seven and my mother had to ban me from drinking coffee because I was becoming an addict to caffeine!

I was convinced that biscuits made me swim faster.

So I would gobble around six custard creams (dunked in coffee preferably) and then it felt as if I had an extra edge in the swimming pool when I was racing.

I am reminded of a certain Peter Kay sketch about Rich Tea v HobNobs and their dunking merits.  I am not recommending it because of the bad language…but except for the colourful terms, it is hilarious.

If there was a video clip of his biscuit sketch available without the bad language I would have added a link here, but I can’t find one.

13] What is the most embarrassing thing you have ever done?

I seem to be very good at embarrassing myself…only now I have reached the stage that I can brush it off so much more quickly!

I have written a few posts about occasions I was deeply embarrassed or felt incredibly awkward and have a hundred more stories  I am sure.

Where do I begin?…

14] Which 3 questions will you be deleting to add your own in?

(Rory I tried to ask Google for some help with that #3…and I was baffled, absolutely baffled!

15] Can you do any impersonations, if so who?

I can beat-box…I am on a video with scores of other unlikely beat-boxers…in fact, I think I am the grand finale.  We were impersonating a celebrity.  It was a surprise for his engagement party.

I can impersonate several of the muppets.  Who else?  Erm…I am sure I have done impersonations in the past, but not for ages.

I  have a friend who is brilliant at impersonations but he is always upsetting our friends by impersonating them and causing anger!  He is not exactly flattering. 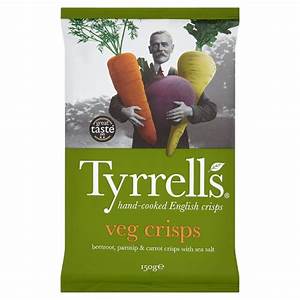 17] Uh oh, you have gone to a dinner party and the dessert is diabolical, what do you say to the host when she/he asks for your honest opinion?

I am a master of tact.  I have been in that position many times and am incredibly careful in my choice of words.

“This is such an interesting combination of flavours.  You must give us the recipe later.”

I have travelled all over the country on voluntary projects and have enjoyed a lot of very delicious home-cooking.  But every now and then we were presented with something that was “challenging” to enjoy…but we were over polite and gracious.

18] If you could kill off any one character from a TV show who would it be and why?

I didn’t have a TV for over ten years, so I am fairly new to TV.  My Dad recommended the BBC’s “Poldark” to me.  I have to admit George Warleggen is really getting on my nerves.  What on earth is his problem?

He has lost the plot!  That is not normal behaviour and I think he needs to sit down with a big glass of milk and a plate of cookies and talk about his issues with someone.  I am surprised he is not bent over with pain – he is such a misery guts.  I just wish he could be genuinely happy and drop his obnoxiousness!

19] If you were a fancy piece of jewellery what would you be?

I think I would be a pair of earrings…something simple but sparkly, like a little pair of diamond studs.  They don’t get in the way, they just sit unobtrusively and and make someone else look classy.

I am not keen on jewellery myself…except for a simple pair of earrings.  I often break or lose anything else…or fiddle with it all night, and just generally annoy myself.

A huge thank you to Rory…and I hope these three fantastic bloggers have as much fun as I did with this week’s Friday Funday Challenge!

via Awkward — Word of the Day Challenge

13 thoughts on “A Guy Called Bloke Has Tagged Me For A Friday Funday Challenge That Was Just My Slice Of Cake!”