Has anyone asked you a question which was so interesting to you, that you found it hard just to give a short simple reply? My thoughts have been chopping and changing for the past few days, like a restless sea! Well, partly that was due to my determination to keep guessing the mystery blogger on Rory’s challenge!

Melanie, the creator of sparksfromacombustiblemind has asked some fascinating questions this week as many of you already know. I am late again this week because I have pondering them at length! Just in case you have not had chance to see Melanie’s questions yet, please take a look at her post below:

If your five year old self woke up in your current body, what would happen, what would you say?

I would be alarmed. I am sure it would feel very disturbing to have an adult body with these two huge lumps on the front of me. I can imagine being very embarrassed at the age of five.

I would instantly think of that film with Tom Hanks “Big”. 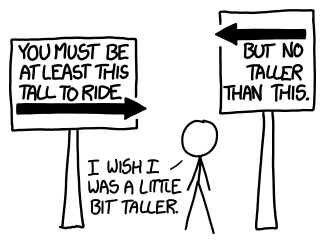 I think as time passed, I might start to think of some of the things I might be allowed to do. There would be rides at the theme part that a five-year old me would not have been tall enough to go on, but in an adult body I would love to go on all the big rides at the theme park. I would probably make myself quite ill! 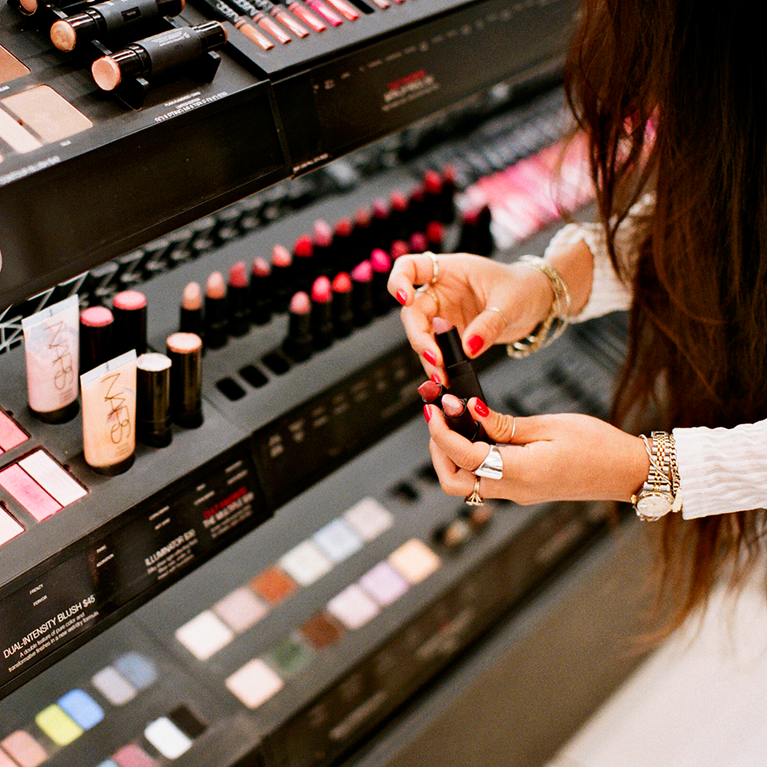 And I would go to a department store and try on all the lip-stick and perfume like the grown-up ladies do. Five-year old me was in awe of my Mum and her high heels and her lip-sticks. Now I hardly ever wear make-up (just for big nights out, but not on a day to day basis), but five-me old me would have been very interested in make-up counters.

If I had money in my pocket, I would probably also buy myself lots of sweets. More than I could ever eat. Probably make myself ill again!

And I would boss my sister Mandy around and exult in being taller than her. Mandy is two years younger than me, but she has always been two inches taller than me, since I can remember.

What is a relationship deal breaker for you?  Whether you are talking about a romantic one, a friendship or a related to sort of relationship?

I feel like I can get on with most people. I would always treat people with kindness and dignity. But as for those I choose as close friends or to have a romantic relationship with…well there are a few things that would make that unlikely. 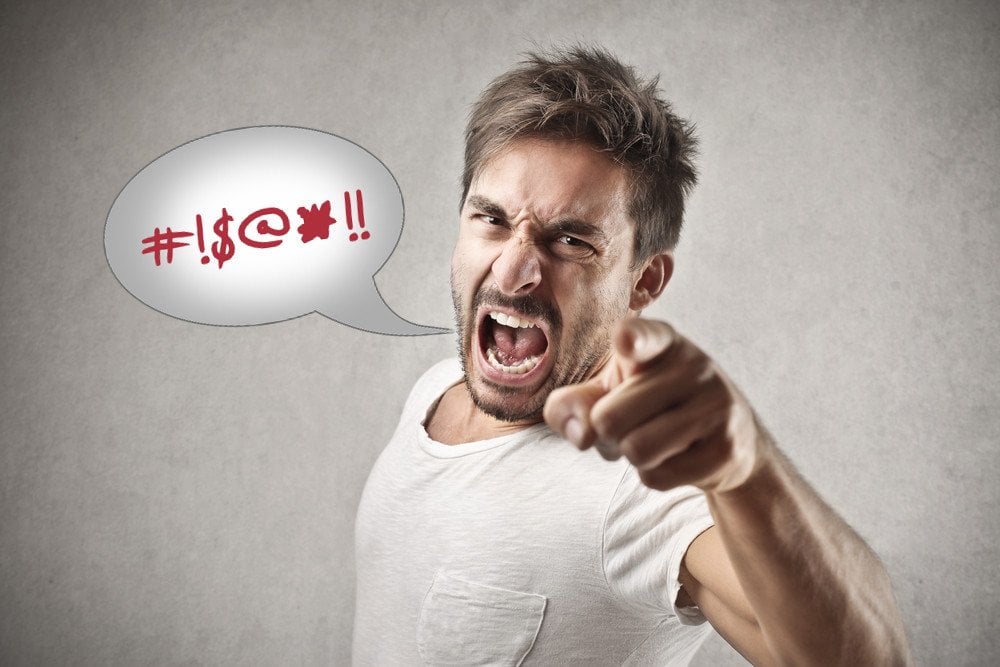 I love people. But I find it hard to be around certain habits or practices. If someone swears like a trooper making the air turn blue, or if they smoke or drink to the point that they don’t make sense and look like an idiot, I just don’t want to be in their presence. I don’t feel attracted at all to that.

I can’t bear violence, so if someone wanted to watch violent films or play violent video games I would recoil from them. I don’t like aggression, so if someone was regularly losing their temper, I would avoid them.

There is no perfect person. Some have not been raised to be clean, or tidy, or organized. I can believe that anyone might make a mistake, or give into occasional weakness, whether it be a lie or a wrong desire. But what do they do a bout their mistakes? Do they feel sorry afterwards? Do they try to fix any damage they have caused? But when someone is deliberately doing something they know is wrong and could harm others, I find myself putting a distance between myself and them. 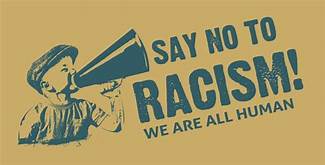 There are certain attitudes that I don’t think I could tolerate at all though, including racism and bigotry. I don’t like it when I hear someone being unkind about others, making fun of them in a cruel way or using sarcasm to humiliate them or malicious gossip about them. I don’t like arrogance or conceit.

My parents have trained me to be clean, respectful, kind, considerate, helpful, gentle, mild, peaceable and to dignify others. If I was with someone who clearly had not had that training…I am still kind to them, and I would only ever be respectful to them, but I don’t feel a close rapport with them. A romantic relationship would probably be impossible, because how could I respect a man who I thought was a total loser?

Is there something out there, a thought, an idea, a current event, or a fear that you find deeply unsettling?

Several. Racism is insane and horrid for a start.

I find it very frightening that some people are playing the most unimaginably violent video games. It’s as if they are training their minds for sadistic crimes or warfare.

I know people might not go out and do in real life the things they might do in a game…however, it seems as if they are programming their brains to react to a perceived threat and to  lose respect for the value of human life. We live in a world that is at risk of becoming more and more divided politically, if someone has been training their thinking to be violent, I fear what they might do during a time of upheaval. I do believe that there are violent times ahead. When people get very upset about an issue…violence sadly can spread quickly. Society is tempestuous even now. What will spark even more turbulent times?

My parents used to explain to me that people’s behaviour can change overnight during times of hardship and political turbulence. They said those can times can “test a person’s metal” so to speak. Some people are quick to express their anger with unimaginable acts of violence themselves.

And one that is a bit whimsical:

Well…I have never been interested in fantasy characters like fairies or unicrons. But I keep hearing people say they are convinced they are real. Adults. I know some adults personally who seem really obsessed with magical fantasy characters fairies, wizerds, unicrons – I find it bizarre.

But then even as I child, I didn’t like reading or watching anything about magic. I was offended when I realized that so many children’s stories were make-believe. I wanted people to be straight with me and tell me what was real and what was not, rather than telling stories that played with my emotions.

If you were arrested with no explanation, what would your friends and family assume you had done?

I hope they would presume it has all been a big mistake or I have broken a law I was not even aware of. My parents trained me to obey the law and pay my taxes and show respect. So they would not expect me to anything other.

The only time I would ever conflict with what “Ceasar” asked of me, is if something  was asked of me that was totally against my conscience like being asked to go out and kill someone in a war. Currently that does not happen here, but there are still countries where rather than providing a non-military service for citizens, the government will imprison young men whose conscience does not allow them to be trained in warfare.

It’s quite an emotional subject to me because I had the privilege of working with some remarkable older German volunteers who were survivors of concentration camps under Hitler’s Nazi government. These survivors were not sent to concentration camps because of their ethnic origin. Rather they were detained because they refused to salute Hitler and they refused to join the war effort. They were very inspiring. I helped to arrange several events for National Holocaust Memorial Day over the years and of all the people I have met, I was moved by them. I ought to write about them really, there is so much to share.

What were you grateful for this week?  Something that brought some joy into your world?

I bought a train ticket which will take me over 200 miles across the country and it only cost me £8.00. That is an amazing price!

I am also grateful for the “posh” hand-soap and “posh “hand-cream I mentioned in a post yesterday. A very kind friend, who perhaps overvalues soap, sent me a gift.

And I am very grateful for the gloves I received from another friend! I am all for practical gifts. Don’t give me jewellery, I will probably break it or lose it. Don’t give me chocolates, I want to lose some weight. But hand-soap and gloves are very useful and appreciated.

Now there were some rather gloomy images in my post…and you know me, I like to maintain a joyful spirit to life. So I am going to end on what I hope for the future for you and for me and for our entire human family. This is what is in my heart and this is what I am training my brain for:

8 thoughts on “It’s All A Matter Of Training”