I have been tagged to take part in another challenge from Rory the creator of A Guy Called Bloke and K9 Doodlepip! and I have to admit this is a challenge I am very nervous about. Maybe you will see why I am nervous!

Kristian creator of Tales from the mind of Kristian has been brave enough to get the ball rolling. He did a fabulous job of answering the questions in the style of moi – for he nominated me! Have a look at his post – I love it!

The post below is Rory’s original with the rules detailed:

Don’t answer the questions the way you would, but the way you think your nominated blogger would.

Nominate one blogger to answer the questions, but before you do, create 2 new questions of your own to replace 2 existing questions.

So I am so scared to offend or upset anyone – so I am going to nominate a blogger who lives no where near me! and I am hoping will forgive me for anything I get wrong! Plus, if there is anyone who is game for a laugh it is of course, the wonderful:

Bitchin’ in the Kitchen

1 If you could be any animal what would you be and why? Can you guess which one?

…the brilliant combination of sass and cunning!

2 What would you do with the money if you won the lottery?

Lots of good things (I genuinely have a heart of gold) to help worthy causes.

With the excess I might buy a holiday home in Tenerife and make sure the nearest and dearest are looked after too!

3 Which cartoons do you still watch?

4  Is there someone who wronged you and never apologised?

…she ate my goldfish!

5 If you had to choose, how would you want to get famous?

…you know in those baking competitions. Line up the cakes, I will try them and tell them what I think!

…or First Brit to rule America? So long as I am well supplied with cake.

6 Minus the popular holidays, which season do you prefer weather-wise? 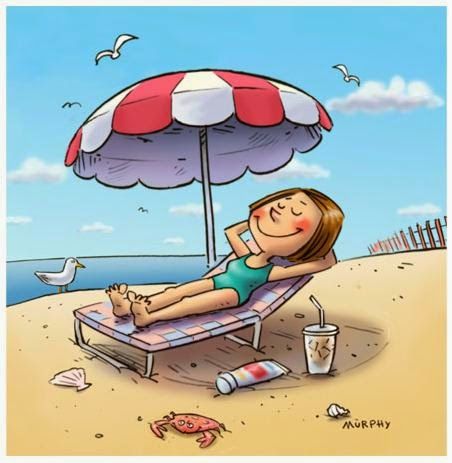 7 Would you rather be attacked by a big bear or a swarm of bees?

Just let either of them try!

If I had to choose, I would go for the bear…

8 Do you ever count your steps when you walk?

Only when I have to tip-toe in the dark…

…to exit a prank scene I have just set up…

9 What is your biggest pet peeve?

Husbands – especially those who don’t replace the toilet roll

10 Do you read whilst in the toilet?

Since I am the bathroom bandit, I hatch plans for a prank to terrify the next person to use the bathroom…

…as it was probably him that didn’t replace the toilet roll – so he deserves it.

Have you been nominated for a blogging award and wondered which questions to ask your nominees? I have asked some of my questions more than once – sometimes my brain struggles for ideas I have to admit! One of the questions I may have asked three or four times is: “If you were a tourist in London for a day – where would you like to visit?”

I am always eager to see where others would like to visit. For me…both for years before I ever moved to London and definitely since I moved to London one of my favourite places to visit is The British Museum.

I highly recommend it to you if you are passing through London at any stage. It does tend to get crowded, so go early if you can. It becomes a fascinating melting pot – people from every corner of the world come to visit and you will hear many languages spoken by your fellow visitors. I know there might be some listless types who don’t find a museum interesting, but to the rest of us The British Museum is one of the most incredible treasure troves in London.

My suggestion is to allow yourself plenty of time – because there is so much to see. Have a think about what you want to see…Ancient Eqypt? Rome? Greece? Assyria? Africa? China?…there is so much to choose from. I have the luxury of being able to go whenever I want so I tend just to look at one part of the museum each time.

I have been watching a video this morning – a history documentary – and one of my very good friends is the presenter. It’s funny watching him, but he is brilliant at it. I hopes he does more of this kind of thing in the future. There he was at the British Museum and I realized I needed to get my post finished off for Esther Chilton’s writing challenge this week on favorite places to visit!

If you chose ancient Egypt – great! I can give you directions. On entering the museum by the main entrance and encountering the very grand Great Court…you need to wander over to your left in order to find the Egyptian rooms.

One of the first exhibits you will come across is the world famous Rosetta Stone. It is fitting that it greets you because in many ways it is one of the keys to understanding ancient Egypt. I would be extremely impressed if you could read what it says! It has a passage written in three languages – Eqyptian hieroglyphics, ancient Greek and a script known as Demotic. If you have a look online you can find out all about what is written on the Rosetta Stone – which as far as I understand is about treating the Pharoah like one of the gods and celebrating his coronation day and birthday accordingly. But perhaps more significant is that the Rosetta Stone became the key that helped scholars to unlock ancient Egyptian hieroglyphics. 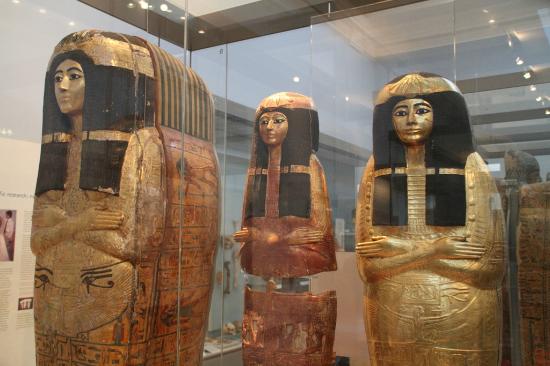 Carry on through the Egyptian rooms, and you will see a plethora of gods and goddesses, trinities of gods, mother and son gods, animal gods – including the old dung beetle. I have done lots of tours at the museum with official tour guides, and one tour guide showed how many similarities there are with modern forms of religion to the traditions found in ancient Egypt. You will also come across all manner of exhibits that tell us all about the daily life of the Egyptians…and then there are the sarcophagi (I think that is the plural of sarcophagus?) and mummies. Look out for Old Ginger! Or not, if you find it a bit creepy.

I could easily spend an entire day just in the Egyptian rooms alone. But there are other parts of the museum which equally fascinate me.

At the moment my big interest lies in the Assyrian rooms. I have been looking closely at the reliefs showing the siege of Lachish. It is not normally as busy as the Egyptian rooms or the Roman rooms, so I have been able to linger when I have visited. Last time I was there I was absolutely gripped eavesdropping on a tour-guide who was enthralling his group by taking them through a verse by verse analysis of the account of King Sennacherib of Assyria and King Hezekiah of Judea. Those tour-guides are really incredible. It was one of the most exciting history lessons I have ever heard.

Is ancient history relevant to our day? Whatever you choose to go and see, remember you are often looking at the boasts of rulers of world empires. They may have done great things, they may have been revered, but they eventually crumbled. There are times when the world we live in seems scary. There may seem to be no end of political turbulence. But things will change. Rulers come and go, governments come and go, empires come and go. They may remain in the pages of history books, but soon they will be gone.

That might not sound very comforting. But in a way history is a vitally important resource for all of us to learn key lessons. The record of humans dominating each other,  oppression and slavery, acts of violence and abuse, warfare. The rise of a world power to wealth and luxury, the break down of morals and of family life, the crumbling of society…and then another military force rises up and becomes dominant. The pattern has repeated itself many times. Every form of government has been tried. There is a tremendous record preserved in stone, clay, bronze and other mediums that provide an invaluable source of lessons for all to learn from.

That testimony may serve in a judicial sense – for if a world ruler does not learn from the lessons of the history books – they are bound to face humiliation. Whether they last may be dependent on whether they have learnt lessons from history. They really ought to have known better! The question for a world leader – is how will the history books read on their stint?