Where do I even begin?

So much was said…I am going to try to illuminate you as to the general flavour of the comments I received from Jack’s friends.  There were two distinct types of remarks – those who just wanted to make fun and be crude, and those of Jack’s friends who seemed to want to offer some advice on the situation.

Perhaps I should begin with Jamal, as I have already mentioned him in another post. What did Jamal have to say about Jack and me? Very early on Jamal started teasing Jack about me. Then Jamal started teasing me about Jack.  Every time he appeared he would call me over to him, and then lead me to Jack.  Jamal was forever taunting me in a mild way about having a crush on Jack, I don’t know what he was saying to Jack but I can only imagine it was ten times worse.

Jamal made himself a pain in the neck!  He kept on and on trying to arrange for Jack and me to be together.  Jamal was always there hinting that Jack and I really wanted to be alone.  At first it was funny, but then it became really annoying and embarrassing.  I felt like we were all back at school.

Then Jack moved into the flat I was sharing already with Ella and Dean.  Can you imagine Jamal’s reaction?  Jamal was a frequent visitor.  When he saw that Jack and I had neighbouring rooms, he was highly amused.  I know this is going to sound completely daft…well it is, plain and simple, Jamal kept teasing Jack in front of other friends…”Jack has been drilling a hole in the wall so that he can watch Mel when she is undressing.”

Jamal was a super lad in himself.  He was extremely gregarious and popular with people of all ages.  He looked smart, he was always wearing a tailored suit or a cashmere sweater and a pair of his trendy spectacles.  He was smooth, he was slick.  He had constant laughter in his voice.  Jamal was clever and capable and confidant.  He really looked up to Jack.  Jack encouraged Jamal and gave him great advice.

Jamal’s jovial gregarious nature made his constant taunting Jack about me palatable to everyone.  It is hard to not laugh along with someone who is laughing constantly.  But he just kept on adding fuel to a fire that was burning steadily.  There were others who were not as tame in their use of expressions as Jamal was. 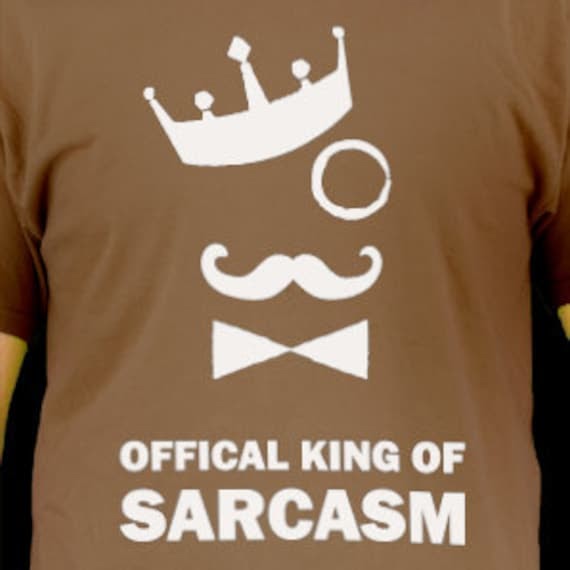 Damian was one – I can’t bear to think of what Damian said and did.  He thought the world of Jack.  But I had known Damian long before either he or I met Jack.  Damian and I had been friends since we were fourteen.  He was the King of sarcasm.  Damian was cruel to both Jack and me…and he would not stop.  I kept on receiving messages from him.  I saw Damian almost every day and he always had something to say.  He was merciless.  Hugh Sanders was another.  Hugh was relentless.  These silly men spread rumours like an infectious rash.

Now…after Jack and I had sat down and had that cup of tea…what did his friends have to say?

Jack’s “friends” knew there was something different.  I am not going to repeat what Jamal, Damian and Hugh interpreted the change of atmosphere between Jack and I to indicate.  I am still annoyed at what they said directly to Jack and I, but also the way they involved scores of others in their ongoing comedy commentary on what happened between us.  I do not want to think about let alone publish how incredibly rude and crude some of what was said about Jack and I was.

I am going to tell you about some of Jack’s quieter more sensible friends.

First of all, Bernard. Benny, we all called him, or Granddad, because he always took that tone when offering advice.  Benny was the opposite in temperament to Jack.  Benny was mild and quiet and modest.  Although Jack could get on Benny’s nerves, he did love Jack.  Benny had also been a great friend to me since I had moved to London. Benny took me out for dinner a lot, took me to the theatre and invited me to parties.  We were frequently at the Royal Albert Hall which we both adored.  Benny decided he would have a word with me about Jack, during that week after the conversation between Jack and I had taken place.  Benny told me that Jack was wonderful but that he was like a kid in the playground.  Benny warned me that Jack was going to hurt me, because he had not grown up yet.

Then there was Tom.  Tom, was another quiet one.  Tom also spoke to me that week. Tom was quite direct asking me if Jack and I were together.  I denied it of course.  Tom rolled his eyes and remarked that Jack is such an idiot.  I don’t know what prompted that.  Tom told me it will take a strong woman to be able to put up with Jack’s immaturity.

Then there was a famous director who Jack had worked with and admired a lot.  Sylvan threw amazing parties and was delighted to jump up on stage and sing or play any instrument that was handy.  Sylvan called me.  It was such an odd phone call.  Sylvan had a very strong accent and I struggled to make out everything he was saying on the phone. There seemed to be a point where he was congratulating me, and then, before I managed to enquire why Sylvan thought I needed congratulating, he started giving me advice about Jack.  Sylvan said he had never know Jack more in love, but that Jack was like a child.  He told me that it would take a woman like me to make a man out of Jack.  I am not sure what on earth that meant.  It was so bizarre I felt I was going to gag with laughter because I could not understand why Sylvan was calling me to say all of this.

Frankly, I was fed up of hearing what everyone else had to say.  I wanted to speak with Jack again directly.  I wanted to find out if there was any possibility he was contributing to the rumours I was hearing and ask him to make sure he strenuously denied anything was happening.  And I wanted to do it in a way that made it clear to Jack that I was not against something happening, but that he and I needed to build some kind of friendship first before there was any possibility of that happening.  Much as I was fond of Jack…I did not trust him, how could I trust my feelings with him?

Do you remember the Friday night when I was with Ella, I found out that Jack and Hugh and other friends and workmates of theirs had been out for a drink using money that people had bet on how long it would be before Jack and I started sleeping together.  I was really mad about that, and I wanted to speak to Jack about that.  I prepared myself and thought about exactly what to say.

A young man who had recently moved to London named Brian saw me on the bus on Saturday morning when I was heading into town.  I had worked with Brian on a project in Devon years before and remembered him.  Brian was pleased to find someone who knew who he was.  Brian had been out for drinks with the same group as Jack and Hugh.  Brian hardly knew a soul in London, so it made sense for him to be tagging along with new workmates when he was invited to go out for a drink.

I should not have asked Brian so many questions.  In his innocence and ignorance, Brian told me everything I wanted to know.  He told me what was said and who it was said by. Although I felt enraged, I kept myself very calm while drawing more and more out of Brian.  Of course my main interest was what did Jack say?  Brian clearly had little respect or admiration for Jack.  He made it very clear that Jack had made claims about what had happened between he and I that were not true at all.  I told Brian that these claims were completely untrue.  Brian was rather sweet and said he had doubted what he had heard anyway.  I then told Brian that I was sick of false rumours and didn’t know what to do about them.

I asked Brian if he had had any plans for that day.  He didn’t.  He told me his schedule for the weekend was completely blank. He was just going to potter around galleries or museums in central London.  I was going to meet some friends, but I was very early.  I had wanted to get out of the flat before I saw Jack, which is why I had chosen the hour long bus ride into the center of London rather than the tube.   I asked Brian if he wanted to grab a drink or a bite to eat.  Brian let me pour out my heart about what had been happening with Jack.  Ending a light lunch with a cocktail, in a moment of madness and in response to him being so kind and empathetic, I did something I should not have.  Brian laughed and thanked me.  I immediately apologised.  Brian then said to me everything was cool. He looked thoughtful, and then he came out with an idea…an idea which I

should have rejected. His suggestion was basically to fight fire with fire.  So he pulled out his phone and then standing real close to me, with his arm round me, he took a selfie of the two of us.  He posted it straight onto his Instagram account.

He then made it very clear that as far as he was concerned, I should not have to put up with Jack or anyone else making up false rumours about me.  He said I should take a bit more control of the situation and I should confront Jack about everything I had heard.  When I left Brian to go and meet my friends, I thanked him for being a great listening ear and apologised again about kissing him.  He said “it never happened.” and then immediately waved his phone in the air and added, “or did it?“

I could not be sure I knew entirely what Brian meant by that, so I looked at him with a serious gaze and confessed, “I do think I actually love Jack, but I am just really mad at him at the moment.”

Brian replied, “Well, I think he’s a fool. But I’m not a woman. I think it’s fairly obvious that if you didn’t care about him then you wouldn’t care about what everyone was saying.  You definitely need to talk to him.“

So that was that…after hearing from my close friends all week and Jack’s close friends, it was Brian, who hardly knew Jack or me, who helped me make my mind up that I had to have another conversation with my flatmate Jack.

This post is part of a series I am thinking of calling “STORM IN A TEA-CUP”:

15 thoughts on “What Did His Friends Have To Say About It?”