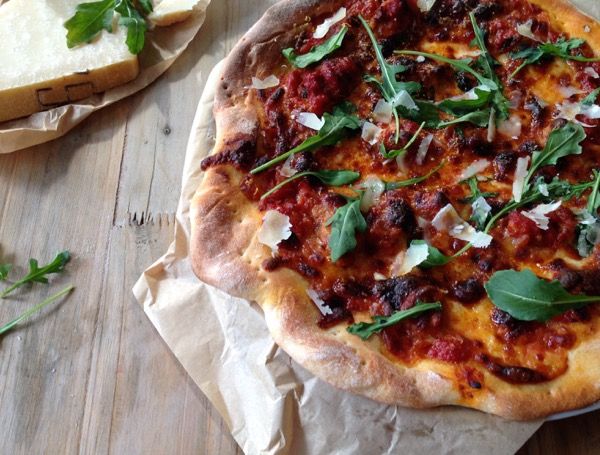 I don’t think I have introduced Ella to you yet.  Ella and her husband Dean were living in the same flat as Jack and I and two other flatmates.

Ella was a great flatmate.  She was bubbly and cheerful and very popular.  She made huge pizzas and loved having lots of friends over to eat and play table football.  She had four brothers, so she was used to being around lots of male company.  I could never have lived in a flat with four men without Ella being there.  They respected Ella.

She also worked in the same complex of offices and studios and huge storage areas as our flatmate Jack and so she saw him frequently each day around their work site.  I knew she heard what was being said in the foyer, the canteen and throughout the offices.  She had told me once or twice about some news about Jack and I had spread like wildfire through the departments.  Very wisely, she did not tell me anything until I specifically asked her to.

I tried hard not to let rumours or comments from friends effect my behaviour towards to my flatmate (we are calling him Jack Barnes, in case you missed that).  When I did briefly see him at home in our flat, he was only lovely to me, asking me how my day had been, what were my plans for the weekend, offering me a drink, complimenting me on my dress or hair in his rather clumsy fashion.

It felt like he was really trying hard to maintain the new good will that had developed.  There was no hint of anything he’d want to hide from me.  He was cheery, affable, gregarious.  Nothing to indicate that behind my back he was contributing to rumours about him and I.

I was upset, but I hid it from him.  I did not feel hearing rumours from others outside the flat was a reason to authorize me to treat Jack any differently. I arranged to be out every evening so that I did not see Jack.  Over the next few days, I heard more rumours and saw more photos and comments that others showed me on their social media sites.  I also received enquiries everyday, from friends and workmates, some kindly expressed, as to whether there was any any truth in the rumours they were hearing.  I could understand some of my friends and workmates asking.  It was the sheer number of enquiries that made the situation intense.

I was very careful with my words.  I told everyone who deserved some sort of answer, “Jack and I sat down to talk about the unhappy atmosphere that we have had in our flat which had all been due to the pressure we both felt because of rumours about the two of us.  We are both trying to ignore what is being said about us and try to make sure there is a better atmosphere in the flat.  There is nothing more to tell.”

Close friends continued to report to me that Jack was enjoying the speculation and public attention he was receiving because people thought that he and I were now “together”.

On the Friday evening after Jack and I had talked openly over a cup of tea, Ella and I were in the flat alone.  The boys were all out.  Whilst sipping mojitos, we chatted about everything that had been happening.  Ella declared how glad she was now that Jack and I were friends because what was happening between us was effecting the whole flat.

Now I had the opportunity to question Ella to gain an insight into how Jack was dealing with the rumours that were flourishing due to our new found ease.  I decided to ask Ella if she had heard rumours at work during the past week suggesting that Jack and I were now involved romantically.

Ella shrugged her shoulders, “Men say such stupid things Mel.  I ignore most of what they say.  They have been talking about the two of you since before Jack moved in here.  They are stupid.  As soon as he moved in, most of the guys started to bet on how long it would take before the two of you started sleeping together.  I’ve been telling them they are all losers and that he has no chance with you.“

“Ha! He is not going to try to stop it.  He absolutely loves it!  He loves attention.  He is flattered that everyone thinks you like him.  He loves being the main topic of conversation day after day.”

I was not expecting that.  Tears started to trickle immediately down my face.  Ella was clearly not comfortable with my tears.

“You know he is a complete idiot.  But he is an idiot who is kind of insecure, that’s why he needs attention.  He would absolutely love to be loved by a woman like you.  He knows that he does not deserve you, that you are out of his league.  But it makes him feel great that people connect the two of you together.  He wished there were some truth in these rumours, which is why he keeps lapping them up while they are popular.”

I tried to stop my tears and absorb everything she had said to me.  “So, people are actually betting on how long it will take me to sleep with him.  That is truly pathetic.”

Ella’s expression suddenly became very serious.  “Mel, you need to know something.  Do you know where Jack is tonight?“

“I think he said he was going out for drinks with some friends from work.” 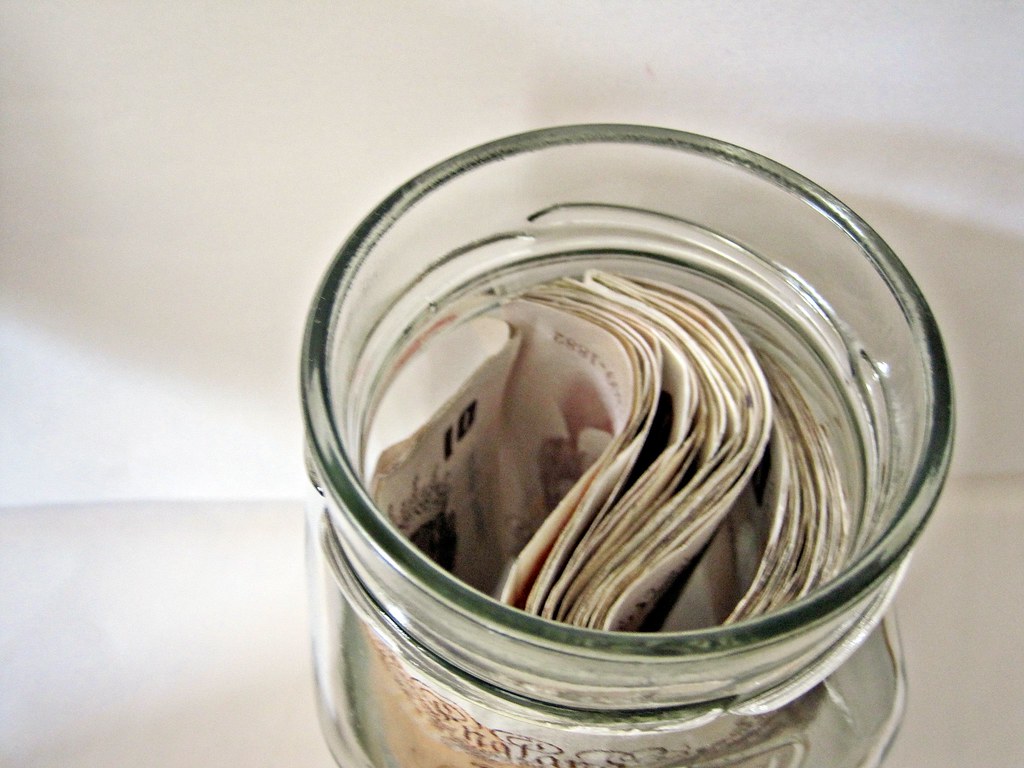 “Yes, but it’s bad.  I mean you are really not going to like this.  Hugh Sanders – you know what Hugh is like – claimed to have won the bet.  He took the money which everyone had put in a jar or tin and they were keeping in one of the kitchens.  I don’t know how much there was exactly, but well over £100.  He is using it to buy drinks for any of the guys who wanted to go out tonight.”

Hearing those words made me shudder with disbelief.  “I have not slept with him.  Ella, I sat down and had a cup of tea with him.”

“I didn’t think you had Mel, although even if you had, that’s none of our business really.  We just want you both to be happy.  The point is there are a lot, a lot of people who think that the two of you are sleeping together now that you are acting like you are best friends outside of the flat.”

“But we have not spent much tome together at all.” 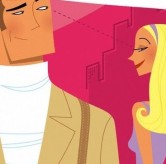 “Enough time for scores of photos to appear of the two of you together Mel.  I know you are just trying to be nice to each other. but the two of you are in all these photos full of smiles towards each other.  Of course everyone is getting excited.”

I was feeling rather sick but knew that Ella was right, “But why has Jack allowed Hugh Sanders and others believe that I have slept with him?“

“Jack didn’t want to lose face in front of everyone.  Hugh was winding him up so much, Jack didn’t say anything at all, but Hugh took that as confirmation.”

I felt really angry.  This was so so wrong.

“Hugh is mad with jealousy.  He has been winding Jack up for weeks.  Hugh has fancied you for a couple of years, but knows you are not interested in him.   He hates seeing you and Jack happy together.”

Hugh Sanders had asked me out a couple of times actually.  I only said no because I was convinced it would be disastrous and he would forever make fun of me after it all went sour.  My reasons were solid.  I had been at parties and at dinner with groups of friends with him and it was obvious he had a soft spot for me.  The reason I did not respond to him was that I was so overwhelmed by the intensity of his sarcasm and the critical tone he used when talking about everyone else.  I like a bit of gentle sarcasm, I have grown up in Liverpool on a solid diet of sarcasm, but not the type that destroys another person’s confidence.  If I had spent time with him, I would have withered up.  He would have despised me because I would have recoiled from him.

Do you have any idea how confused I was hearing all this about Jack and Hugh and their workmates?

My flatmate Jack – on his own, was undeniably “my cup of tea” and he had the potential to make me extremely happy.  I knew I could very easily fall in love with him, if only I was allowed by the rest of the world to actually spend some time with him.  On paper, he was everything I admired and felt attracted to.  But in the context of what he either said about me or allowed to be said about me in order to receive attention from his colleagues and fans, he had the potential to crush me.

If it was not for everything I had heard during that week that followed, maybe that cup of tea with Jack would have very much led to me falling in love with him.

All of this was playing on my mind, and emotions were burning within me. Emotions that caused me to do something rather strange during the weekend at the end of that week. What did I do?  I will tell you in another post.

Well…we have come quite a way…

Catch up with Jack and Caramel at your leisure:

15 thoughts on “What Did Ella Have To Say About It?”