When I first saw this picture prompt from

The Haunted Wordsmith I was bowled over by how  pretty spectacular this little chappy is – I am sure you would agree.

I had in my head a little short story…basically along the lines of how the males of many species are the more colourful and go to the most effort to win a mate…whereas, it often seems the other way around with humans!

I had this story in my mind, but to tell the story I thought I needed to mention what kind of creature he actually is.  I sent a message to Teresa (aka The Haunted Wordsmith) to ask what kind of creature it is.  She said it is a peacock mantis shrimp.  Google helped me find two fascinating articles on the peacock mantis shrimp.  The first was from National Geographic and the second was from Awake!

“This otherworldly creature, a mantis shrimp, was photographed in the waters of Indonesia’s Lembeh Strait. The shrimp feeds by smashing open its prey with a force that can break a pane of glass, and its darting bulbous eyes are thought to be the most complex in nature.”

The Eye of the Peacock Mantis Shrimp 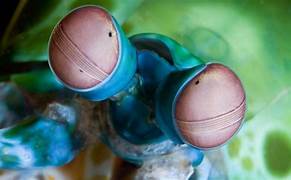 The peacock mantis shrimp, found on Australia’s Great Barrier Reef, is equipped with the most complex eyesight in the animal kingdom. “It really is exceptional,” says Dr. Nicholas Roberts, “outperforming anything we humans have so far been able to create.”

Consider: The peacock mantis shrimp can perceive polarized light and process it in ways that humans cannot do. Polarized light waves may travel along a straight line or rotate in a corkscrew motion. Unlike other creatures, this mantis shrimp not only sees polarized light in both its straight-line and corkscrew forms but is also able to convert the light from the one form to the other. This gives the shrimp enhanced vision. 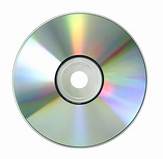 DVD players work in a similar way. To process information, the DVD player must convert polarized light aimed at a disc into a corkscrew motion and then change it back into a straight-line format. But the peacock mantis shrimp goes a step further. While a standard DVD player only converts red light​—or in higher-resolution players, blue light—​the shrimp’s eye can convert light in all colours of the visible spectrum.

Researchers believe that using the peacock mantis shrimp’s eye as a model, engineers could develop a DVD player that plays discs with far more information than today’s DVDs. “What’s particularly exciting is how beautifully simple it is,” says Roberts. “It works much, much better than any attempts that we’ve made to construct a device.”

And…thinking back to the story I had in mind originally…I wouldn’t mind if more men put a bit more effort into finding a mate – a bit like the spectacular peacock mantis shrimp!  Let’s allow Sir David Attenburough to talk us through it.

Typical…my story has vanished, because I am distracted by something amazing I have learnt about a creature I never knew about before.  I am sure my story would not have done any justice to this incredible and quite marvellous creature.  Thanks Teresa…for a picture prompt that has opened my eyes to something rather awe-inspiring!