I met two girls when I was around sixteen years of age.  Sadie and Sonia.  They were sisters and best friends to each other.  Their father, Reginald, was a talented architect. He worked on some of the projects I was involved in including some incredible restorations of listed buildings. Over the years I worked with Sadie, Sonia and their dad many times and became very fond of their family.

Reg had a special project – all of his own, although he did involve his family.  When the family showed me, I was really touched by what he had been doing in his spare time for more than thirty years.  Ronald had been drawing the blueprints for their dream house.  Each member of the family had expressed the features they would love to be included. He had thought about everything – as an architect can.  It was not a vague misty idea, it was all there in intricate detail on paper.

I have often wondered if I have a dream house in my mind.  I have asked many of my friends also if they have a dream home, that they would love to live in if money was no object and if they could design their home themselves.  Although noone  else has detailed blueprints like Reg, a lot of them do have a vague idea of their dream home.

My friend Nina who has bought houses and renovated them and sold them on for a profit.  She has lived in some incredible houses but has never been emotionally attached to them.  It has just been a business to her.  Buying and selling properties, always thinking about the next one.  She says all she really wants is a simple country cottage covered with ivy and fragrant honey-suckle and her own orchard and vegetable patch.  She would like some land to be able to have some goats and chickens and perhaps a pony.

Some of my other friends have described their dream house to me in much more grandiose terms.  One friend Dan described his dream house as a huge mansion where he could have lavish balls.  He and his wife Joanne would dress up and appear at the top of a grand staircase and make an entry in front of all their guests, and there would be waltzing all night.  Joanne disagrees with him.  She would prefer something simpler and she challenges Dan by saying she is not going to spend all day cleaning a mansion.  To which Dan claims he is going to have a team of servants!  Joanne is not impressed by that at all!

Then I have friends who don’t really mind what kind of house they live in, it’s more about a dream location to them.  Steven and Jasmine want a house near the beach.  They love the water and they love boats.  Gerald and Tina would like to live somewhere that reminds them of an Alpine terrain, but near a lake.  My friend Laura would love a 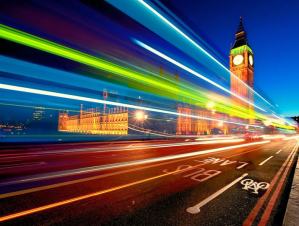 swanky pad in the middle of London or any city she says.  She just loves the buzz and excitement of the city.

My dream home…well I just can’t envision it to be honest.  I don’t have a specific building in mind or a specific location.  For as long as I can remember I have wanted to avoid being tied to one site and having the responsibility of maintaining it.  I loathe the idea of being shackled, trapped – without the freedom to leave and go and travel for years on end. I have a definite gypsy streak that runs me.  I want the simplest little box, that can be 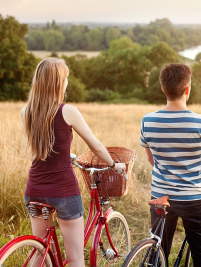 dismantled and packed allowing me to move on and travel. I will unpack my little flat-packed home and erect it somewhere while I get to know a new area and make new friends and learn about their culture and cuisine and help out with any work they need help with.  Then after a while I will dismantle my flat-packed home and move on again.  Not because of boredom…just an insatiable desire to explore.

I just think…I would like someone to be with me on my travels.  That’s all I need in the whole wide world!

via Loath — Word of the Day Challenge

15 thoughts on “All I Need In The Whole Wide World”