Intrigued though I was, I was so exhausted I did not stir to go and look at it.  I just left it there and drifted off back to sleep.

The next thing I knew my mobile phone was making a low buzzing noise.  I ignored it.  It was Sunday morning…my morning for a sleepy start to the day.  But my mobile phone kept on buzzing away and out of a half open eye I saw it was gradually crawling across the table next to my bed.  Remind me not to leave it on discreet mode, but just to turn it off overnight. 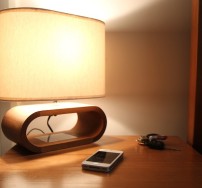 Out of annoyance I grabbed my phone and saw there were several missed calls and a few text messages in my inbox.

All the messages were from the same person.  Ugh!  What could he possibly want now?  I could not make sense of some of his messages and then it dawned on me that they must be referring to something he had written in what ever was inside the envelope, the envelope that had been pushed under my door the night before.

I picked up the envelope and opened it and cast my eyes over the note inside.  Aaaah, he wanted to meet me for breakfast at Maison St Cassion.  I felt a mix of dread, elation and curiosity.  Only he could have that effect on me.  Only he could insult me and then make me agree to meet him for breakfast the next day.

I texted him immediately and explained I was running late but would meet him for a late breakfast.

I jumped into the shower and threw on a summery dress I could feel relaxed in and sandals.  I was determined not to make too much effort for him, so I clipped my hair up untidily.  I found myself rushing even though I wanted to keep him waiting.  I was hurt by last night, but so excited I would be with him again.  No make-up I decided.  Yet just before I stepped inside the brasserie he had chosen for us to have breakfast together I doused myself with perfume.

I was annoyed with myself at the way I smiled when I saw him…I was more annoyed with him that he smiled at me when he laid eyes on me.  I kept on reminding myself that I should not make this easy for him. He had been totally out of order the night before. 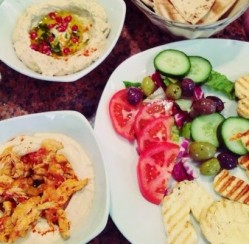 As I sat down at the table opposite him I asked him what it was he wanted to talk about.  But before he had chance to begin his answer a waiter appeared with various small dishes.  “I ordered for us” he grinned.  I laughed inside.  This was him all over.  I can just imagine how hungry he must have been waiting for me to arrive.  He had ordered what I would describe as a Turkish or perhaps Lebonese feast for breakfast.

Then he did something else that was very typically him.  He took out his phone and started taking photos of our breakfast, which I was sure he would be posting onto Instagram.

There was a tiny part of me that felt an irritated impatience with him…but for the most part I loved it.  Isn’t it funny how when you are in love with someone, even little annoying habits can become incredibly endearing and adorable to you?

I let him finish and then when he finally put his phone back in his pocket, I looked at him squarely in the eyes and asked him “Why am I here?”

“I think I owe you an apology Mel“.

I was surprised but delighted.  Of course he owed me an apology.  I just could not believe he was about to offer me one, when normally he seemed so thoughtless and ignorant.

“Do you mean because of last night?”

His brow creased into a puzzled expression, “Last night?  Didn’t you enjoy the party?  I thought it was super.  Mel…I own you an apology because I stole all your eggs.”

“Well, yeah, Ella (one of our flatmates) told me when I asked her why you had not baked any cake for us this week, that you could not make one because I had stolen all your eggs.  I thought the least I could do was treat you to breakfast to say sorry.”

“You are apologising for taking my eggs.  But you have been taking my eggs, my tea-bags, my milk, my coffee…pretty much anything I have not nailed to the inside of my kitchen cupboard for months and months, ever since you moved into the flat.“

He threw back his head and started guffawing.  “Too true, too true…noone knows me better than you do Mel!”

“So, you regret taking my eggs because I did not make a cake last week?”  My tone must have been rather stern because the grin on his face suddenly vanished.

“Mel…” and quite suddenly he shot his hand out across the table and grabbed my hand.  I could not look up, I felt a few tears hovering on my eye-lids.  I wondered if he had any idea how hurt I had been the night before.  Probably not?  But somehow feeling his hand wrapped around mine, nothing mattered any more.  Nothing mattered except that he never let go of my hand.

That was the last time I went a week without making any cake for him.  I would do anything for him, even though his words hurt me, the way he mocked me in front of his friends and colleagues.  There was nothing I would not do for him…to feel his love.

8 thoughts on “An Eggstremely Belated Apology”