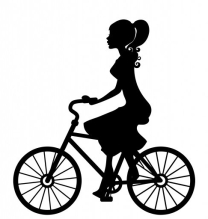 Lucy… I am sad to say I did not know her anywhere near as much as I would have liked to.  I met Lucy on a voluntary project many years ago.  Only she was too young to be on the construction site. Insurance would only allow us to use volunteers who were aged 16 and over. However, Lucy was part of a team who baked cakes to feed the volunteers on site.  We saw her every day.  I remember how much she wished she was old enough to be on the construction site.  Lucy was a teenager full of life, she was active and loved sports and dancing and being active. 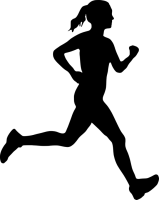 I have to take you forward now a few years.  I found out that Lucy had been through an ordeal with her health. I heard that Lucy had cancer.  I don’t know where it started, but it had spread into her bones.  Lucy was a teenager.  So many of us are effected by cancer.  It seems to have touched every family on the planet. Maybe you can imagine the mix of emotions that both Lucy and her family went through.

I heard that Lucy had eventually been told they would have to remove one of her legs.  It was after that when I saw Lucy again.  I worked with her on another voluntary project.  This time Lucy was old enough to be on the construction site.  Only there were so many tasks it was not safe for Lucy to be involved with.  Yet she did what she could.  She was asked to join the purchasing team.  She threw herself into her assigned role.  I am certain she would have loved to have been climbing up scaffolding and taking wheel-barrows from one end of the site to another.  But she was happy to be involved in any way she could. 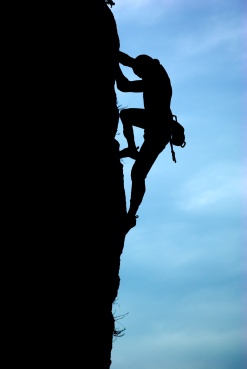 Lucy said that she had always been encouraged by the phrase:  “I can run, I can skip, I can hop…but I cannot fly”.

Ironically for Luc,y she was at that time not able to do some of those things with the ease she had before her operation.  She explained that it is better to make the most of what you can do and not to become bitter about what you can’t do.  Better not bitter.

I am sure Lucy may have had her tearful moments, but she lit up the room when she arrived with her effervescent smiles and laughter.  Lucy had a very giving nature.  She had a hope in her heart that convinced her that her situation was temporary.  She had many family and friends who loved her dearly.

But my outstanding memory of Lucy was a couple of years before I became a full-time volunteer.  I went to a training session where they had invited those already involved in voluntary projects to consider if they could give up their homes and jobs to make themselves fully available.  They made it very clear that this would not be for the faint-hearted  or the half-hearted.  The lifestyle would be demanding and tough.  I 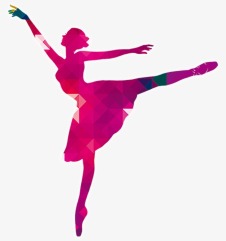 t meant a lot of personal sacrifice and endurance, both physically and emotionally.  The qualifications were very particular and included a pretty much perfect bill of health.

I was very interested in being a full-time volunteer.  They made it clear that it is mostly strong, healthy young men that are selected because of the nature of the work as well as the difficult living conditions.  I had applied for seven years in a row but had never been selected.  I just knew though, that having it as a goal was shaping my life, my mindset, influencing all of my decisions.  Even if I never made it… I was convinced that it was the best goal possible and was having a wonderful effect on my life.

At that training session something moved me to my core though.  Lucy walked into the meeting.  With her crutches, and her one remaining leg, she made her way towards the seating area and as soon as she saw me, she headed my way.  She sat beside me and we chatted.  Lucy told me how much she had loved all of the projects she had been involved with.  She told me that if things were different, her dream was to be a full-time volunteer being able to be sent on any assignment anywhere in the world she was needed.

I held her hand throughout the training session.  I had a few tears brimming over my eye-lids because I was so deeply touched by what Lucy had said to me.  I have often thought about what Lucy said.  “If things were different….”  Sigh! 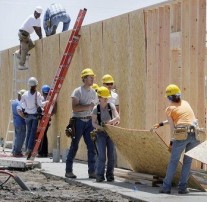 That wonderful girl showed what was in her heart. She did everything she could to support voluntary projects in her area.  She would have loved to have been a full-time volunteer able to be sent to any area of need in the world.  Imagine at the age of 14, having one of your legs removed.  There may have been many other things she would have liked to have done… but her dream was a life of full-time giving.

Lucy…. aaaah… it breaks my heart to tell you this.  Lucy went to sleep in death about three months after I sat there in that training session holding her hand.  She was around 18 years of age.

I often remembered her expressing to me that it was her dream to be a full-time volunteer.  She gave me another reason to reach out to that goal myself.  I had many reasons, but now one was reason was to do it for Lucy. 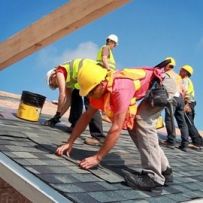 I can see her now in my mind’s eye.  She would help build houses for those who needed them.  I am sure Lucy would be willing to go anywhere she was needed, to any corner of the world.

Next time, I am able to work with Lucy, things will be very different.  I am sure there will be tears brimming over my eye-lids again.  But very different tears.  Tears of joy that at last Lucy has her dream.